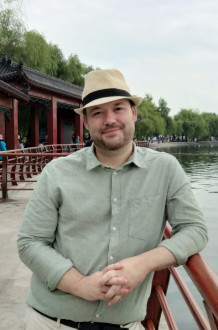 My research involves metaphysics, the philosophy of mind, and ethics. I am especially interested in where these areas of inquiry come together. These days, I have three projects in various stages. First, for a while, I’ve been exploring the nature of mental representation and its connection to first-personal knowledge, to the nature of proper reasoning, and to a variety of ontological issues. This project involves the recent publication of a book, by Palgrave MacMillan, called “Representational Content and the Objects of Thought”. Second, the project I’m in the middle of right now has to do with the metaphysics of personal identity and its connection to a variety of ethical issues. Part of this project involves reflection on the issue of what matters in identity. Third, a project I have planned for the future centers on the relationship among the metaphysics of personal identity, the nature of the persistence of objects in general, and the nature of time. I’m especially interested in exploring the relationship between the persistence of persons (and of objects more generally) and the growing block theory of time.