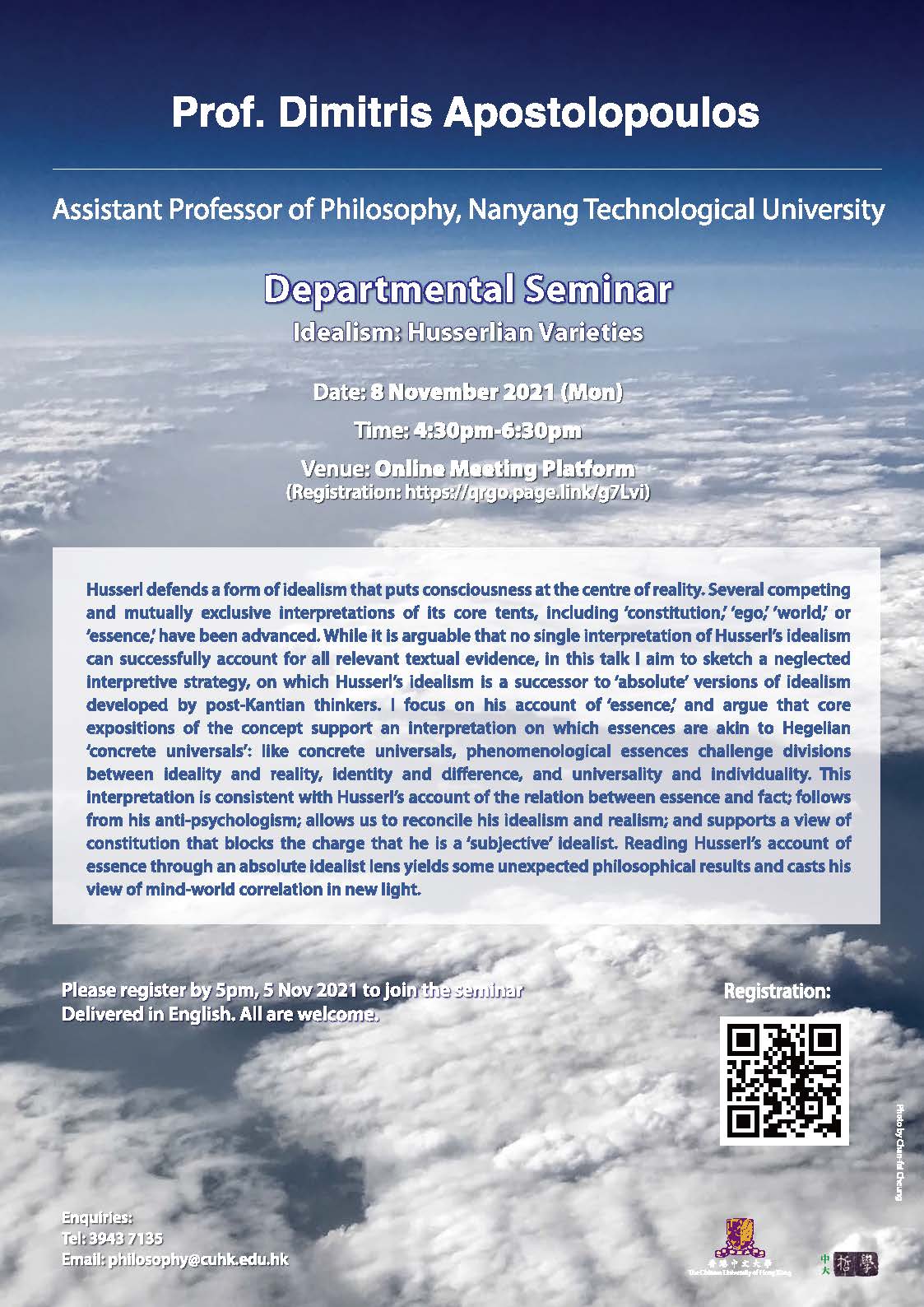 Husserl defends a form of idealism that puts consciousness at the centre of reality. Several competing and mutually exclusive interpretations of its core tents, including ‘constitution,’ ‘ego,’ ‘world,’ or ‘essence,’ have been advanced. While it is arguable that no single interpretation of Husserl’s idealism can successfully account for all relevant textual evidence, in this talk I aim to sketch a neglected interpretive strategy, on which Husserl’s idealism is a successor to ‘absolute’ versions of idealism developed by post-Kantian thinkers. I focus on his account of ‘essence,’ and argue that core expositions of the concept support an interpretation on which essences are akin to Hegelian ‘concrete universals’: like concrete universals, phenomenological essences challenge divisions between ideality and reality, identity and difference, and universality and individuality. This interpretation is consistent with Husserl’s account of the relation between essence and fact; follows from his anti-psychologism; allows us to reconcile his idealism and realism; and supports a view of constitution that blocks the charge that he is a ‘subjective’ idealist. Reading Husserl’s account of essence through an absolute idealist lens yields some unexpected philosophical results and casts his view of mind-world correlation in new light.