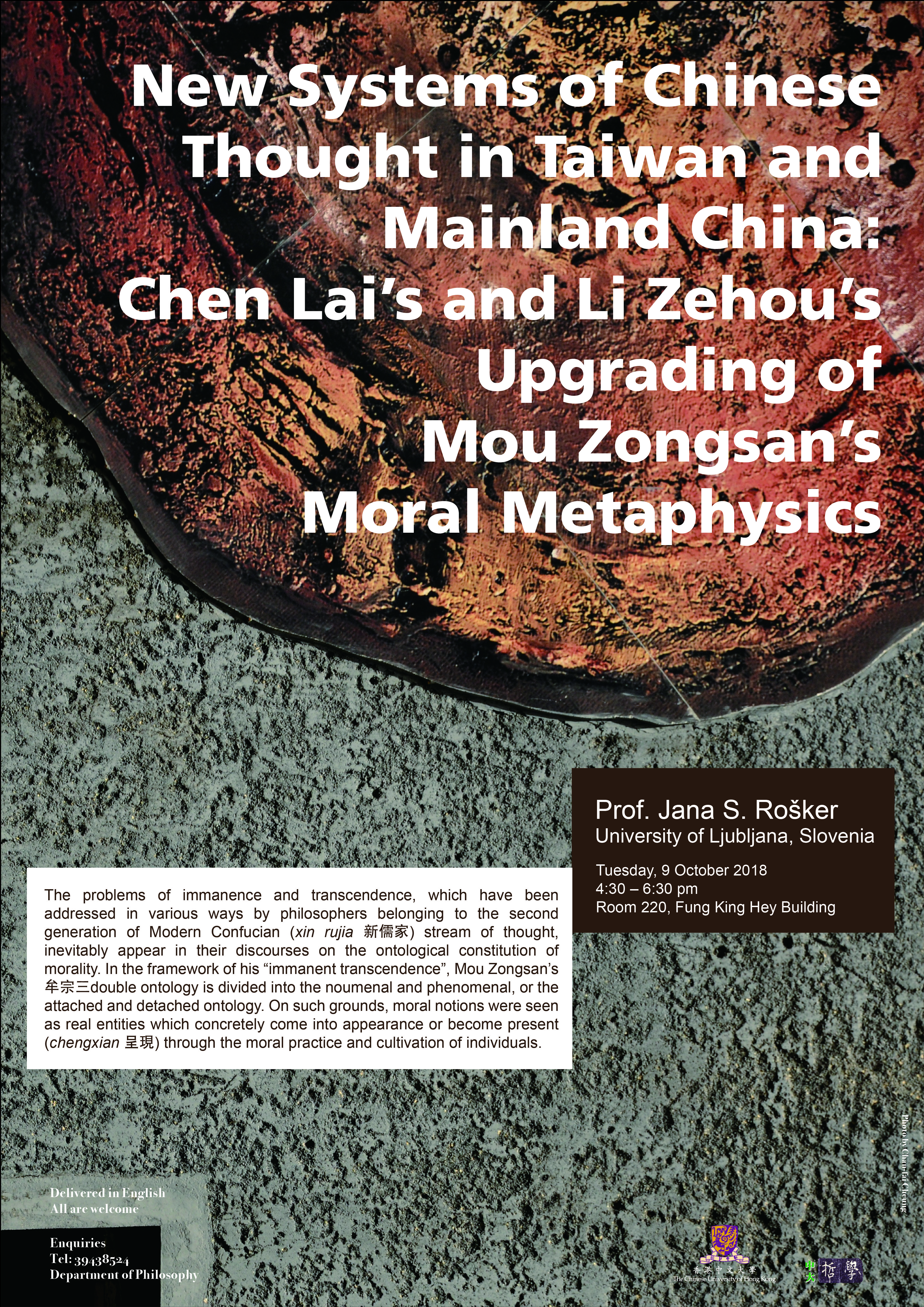 The problems of immanence and transcendence, which have been addressed in various ways by philosophers belonging to the second generation of Modern Confucian (xin rujia 新儒家) stream of thought, inevitably appear in their discourses on the ontological constitution of morality. In the framework of his “immanent transcendence”, Mou Zongsan’s 牟宗三double ontology is divided into the noumenal and phenomenal, or the attached and detached ontology. On such grounds, moral notions were seen as real entities which concretely come into appearance or become present (chengxian 呈现) through the moral practice and cultivation of individuals.