On de Jure Atheism and a Hidden God (Departmental Seminar) 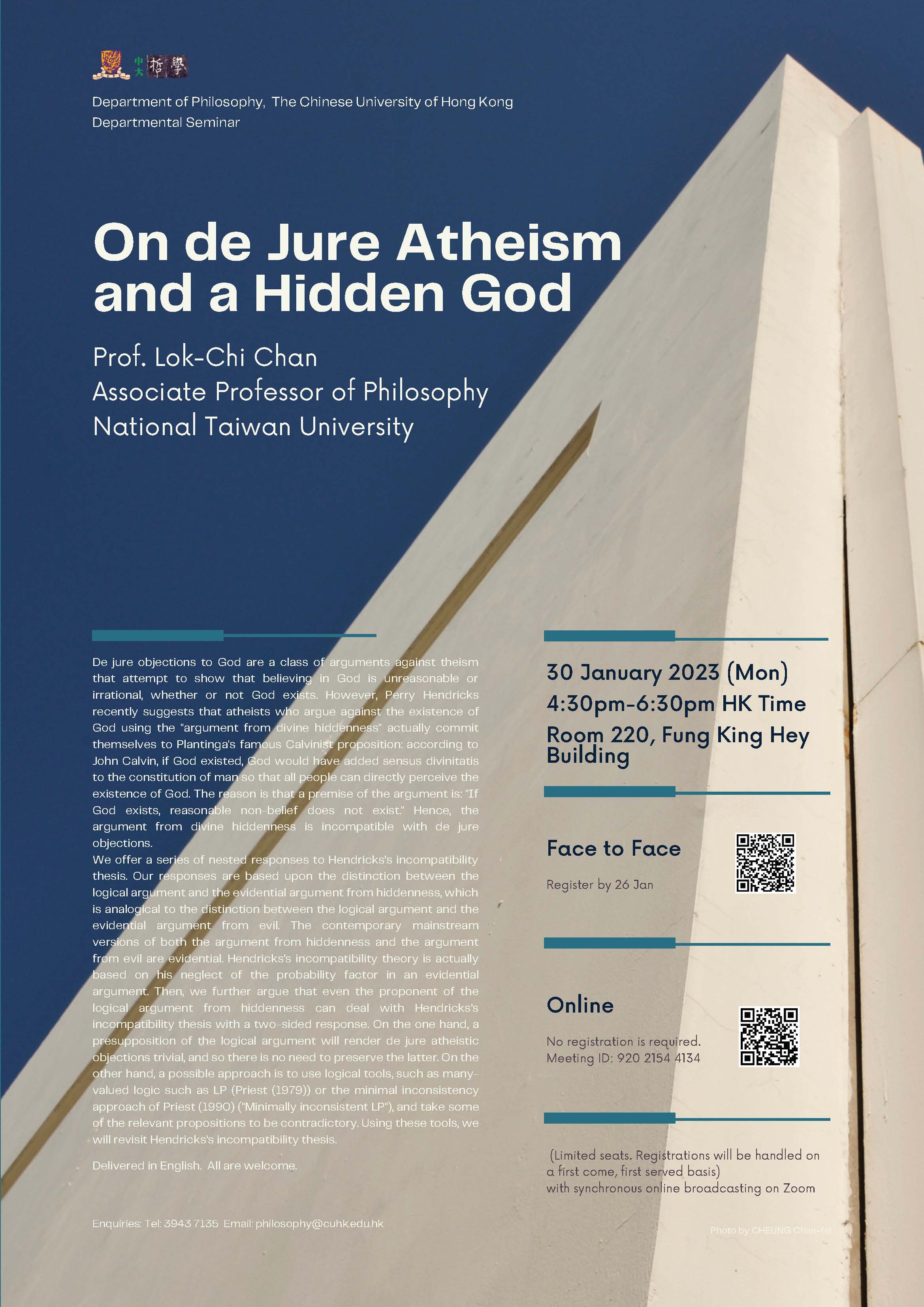 Joining the Seminar online:
No registration is required.
Link to Meeting: https://cuhk.zoom.us/j/92021544134

De jure objections to God are a class of arguments against theism that attempt to show that believing in God is unreasonable or irrational, whether or not God exists. However, Perry Hendricks recently suggests that atheists who argue against the existence of God using the “argument from divine hiddenness” actually commit themselves to Plantinga’s famous Calvinist proposition: according to John Calvin, if God existed, God would have added sensus divinitatis to the constitution of man so that all people can directly perceive the existence of God. The reason is that a premise of the argument is: “If God exists, reasonable non-belief does not exist.” Hence, the argument from divine hiddenness is incompatible with de jure objections.

Delivered in English.
All are welcome.