Wittgenstein and Frege on Identity 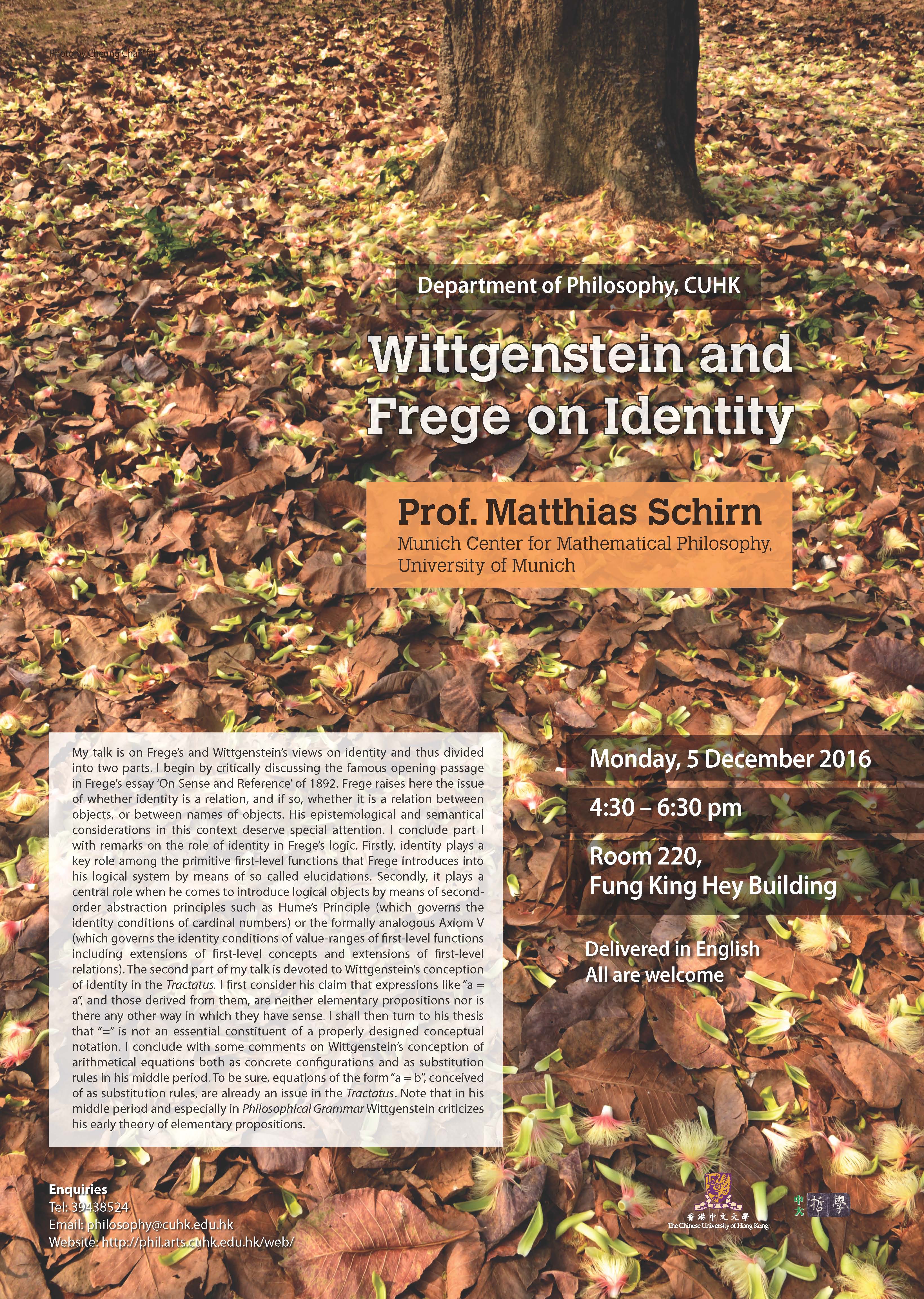 My talk is on Frege’s and Wittgenstein’s views on identity and thus divided into two parts. I begin by critically discussing the famous opening passage in Frege’s essay ‘On Sense and Reference’ of 1892. Frege raises here the issue of whether identity is a relation, and if so, whether it is a relation between objects, or between names of objects. His epistemological and semantical considerations in this context deserve special attention. I conclude part I with remarks on the role of identity in Frege’s logic. Firstly, identity plays a key role among the primitive first-level functions that Frege introduces into his logical system by means of so called elucidations. Secondly, it plays a central role when he comes to introduce logical objects by means of second-order abstraction principles such as Hume’s Principle (which governs the identity conditions of cardinal numbers) or the formally analogous Axiom V (which governs the identity conditions of value-ranges of first-level functions including extensions of first-level concepts and extensions of first-level relations). The second part of my talk is devoted to Wittgenstein’s conception of identity in the Tractatus. I first consider his claim that expressions like “a = a”, and those derived from them, are neither elementary propositions nor is there any other way in which they have sense. I shall then turn to his thesis that “=” is not an essential constituent of a properly designed conceptual notation. I conclude with some comments on Wittgenstein’s conception of arithmetical equations both as concrete configurations and as substitution rules in his middle period. To be sure, equations of the form “a = b”, conceived of as substitution rules, are already an issue in the Tractatus. Note that in his middle period and especially in Philosophical Grammar Wittgenstein criticizes his early theory of elementary propositions.

Delivered in English
All are welcom