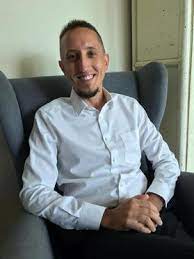 Dr. Moss mainly focuses on systematic metaphysical and epistemological questions that stem from the Post-Kantian German philosophical tradition. Before joining the faculty at CUHK in 2016 Dr. Moss was a lecturer in philosophy at Clemson University from 2014-2016. He took his PhD in philosophy in August 2014 under Richard Dien Winfield at the University of Georgia. Before taking his PhD in philosophy Dr. Moss completed a Fulbright Research Fellowship in Bonn, Germany (2013-2014). At the University of Bonn he investigated Schelling’s influence on Hegel’s Doctrine of the Concept under Markus Gabriel. Dr. Moss has received awards in the domains of both teaching and research. In 2015 Dr. Moss was awarded the Aristotle Prize by the Metaphysical Society of America, as well as the Outstanding Teaching Award at the University of Georgia in 2009.

In his current research, Dr. Moss is interested in how Hegel’s Science of Logic is designed to respond to the early German Romantics. His interest in the historical connection between Hegel and German Romanticism is a reflection of systematic interests in questions concerning the legitimacy of the authority of reason and the relation between Rationalism and Philosophical Mysticism. Dr. Moss’ broader interests in contemporary German philosophy, the Philosophy of Religion, as well as Buddhist Philosophy (especially Nagarjuna and the Kyoto School) are outgrowths of interests in fundamental questions concerning the legitimacy of the authority of reason. Dr. Moss is particularly interested in bringing Buddhist philosophy to bear on this question in connection with German Idealism and Romanticism.

Dr. Moss’ other current research project is entitled Ernst Cassirer and the Autonomy of Myth. This book will constitute the second volume in a trilogy of books on Ernst Cassirer’s philosophy of symbolic forms. (The first book in the trilogy, Ernst Cassirer and the Autonomy of Language, was published in November 2014 by Lexington Books.) The trilogy focuses on the three volumes of Ernst Cassirer’s philosophy of symbolic forms: Philosophie der Symbolischen Formen: Die Sprache (1923), Das mythische Denken (1925), and Phänomenologie der Erkenntnis (1929). Each book in the trilogy investigates two central, albeit neglected, themes in each of Cassirer’s volumes on the philosophy of symbolic forms: (i) the autonomy of the cultural forms and (ii) the influence of G.W.F. Hegel’s Logic of the Concept on the concept of autonomy in Die Philosophie der Symbolischen Formen.