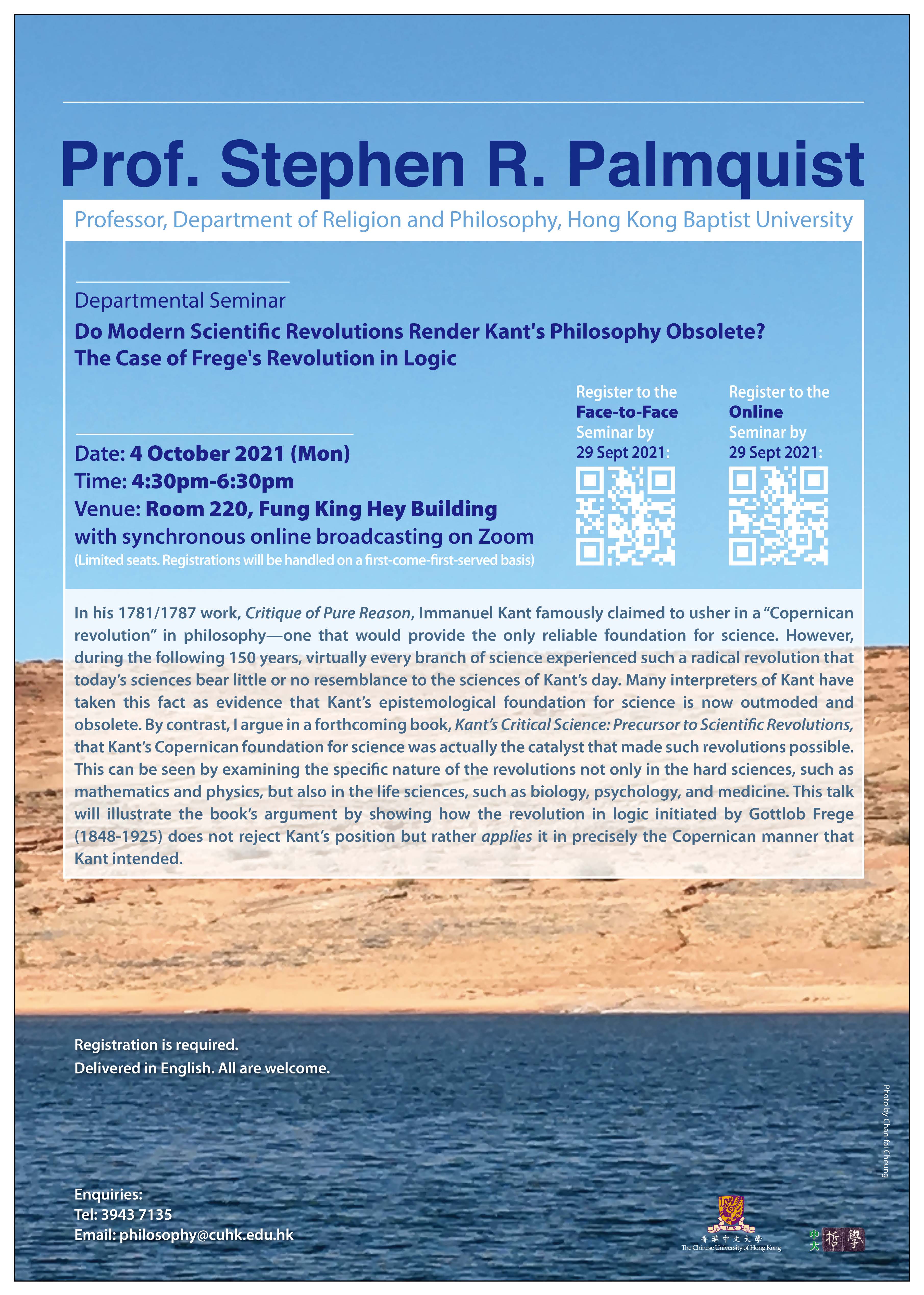 Limited seats in conference room. Registrations are required and will be handled on a first come, first served basis.

Register to the Face-to-Face Seminar

Register to the Online Seminar

In his 1781/1787 work, Critique of Pure Reason, Immanuel Kant famously claimed to usher in a “Copernican revolution” in philosophy—one that would provide the only reliable foundation for science. However, during the following 150 years, virtually every branch of science experienced such a radical revolution that today’s sciences bear little or no resemblance to the sciences of Kant’s day. Many interpreters of Kant have taken this fact as evidence that Kant’s epistemological foundation for science is now outmoded and obsolete. By contrast, I argue in a forthcoming book, Kant’s Critical Science: Precursor to Scientific Revolutions, that Kant’s Copernican foundation for science was actually the catalyst that made such revolutions possible. This can be seen by examining the specific nature of the revolutions not only in the hard sciences, such as mathematics and physics, but also in the life sciences, such as biology, psychology, and medicine. This talk will illustrate the book’s argument by showing how the revolution in logic initiated by Gottlob Frege (1848-1925) does not reject Kant’s position but rather applies it in precisely the Copernican manner that Kant intended.