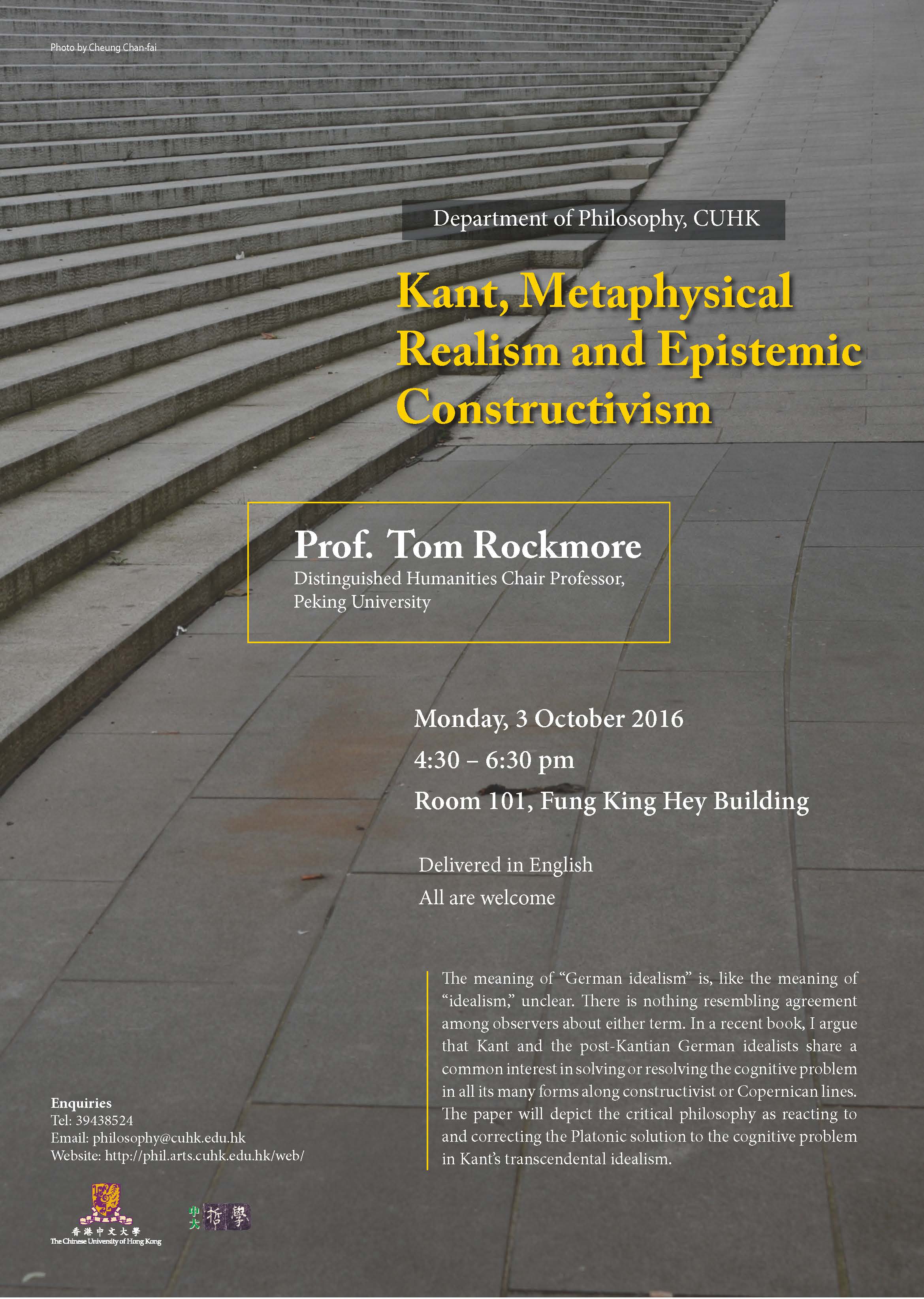 The meaning of “German idealism” is, like the meaning of “idealism,” unclear. There is nothing resembling agreement among observers about either term. In a recent book, I argue that Kant and the post-Kantian German idealists share a common interest in solving or resolving the cognitive problem in all its many forms along constructivist or Copernican lines. The paper will depict the critical philosophy as reacting to and correcting the Platonic solution to the cognitive problem in Kant’s transcendental idealism.