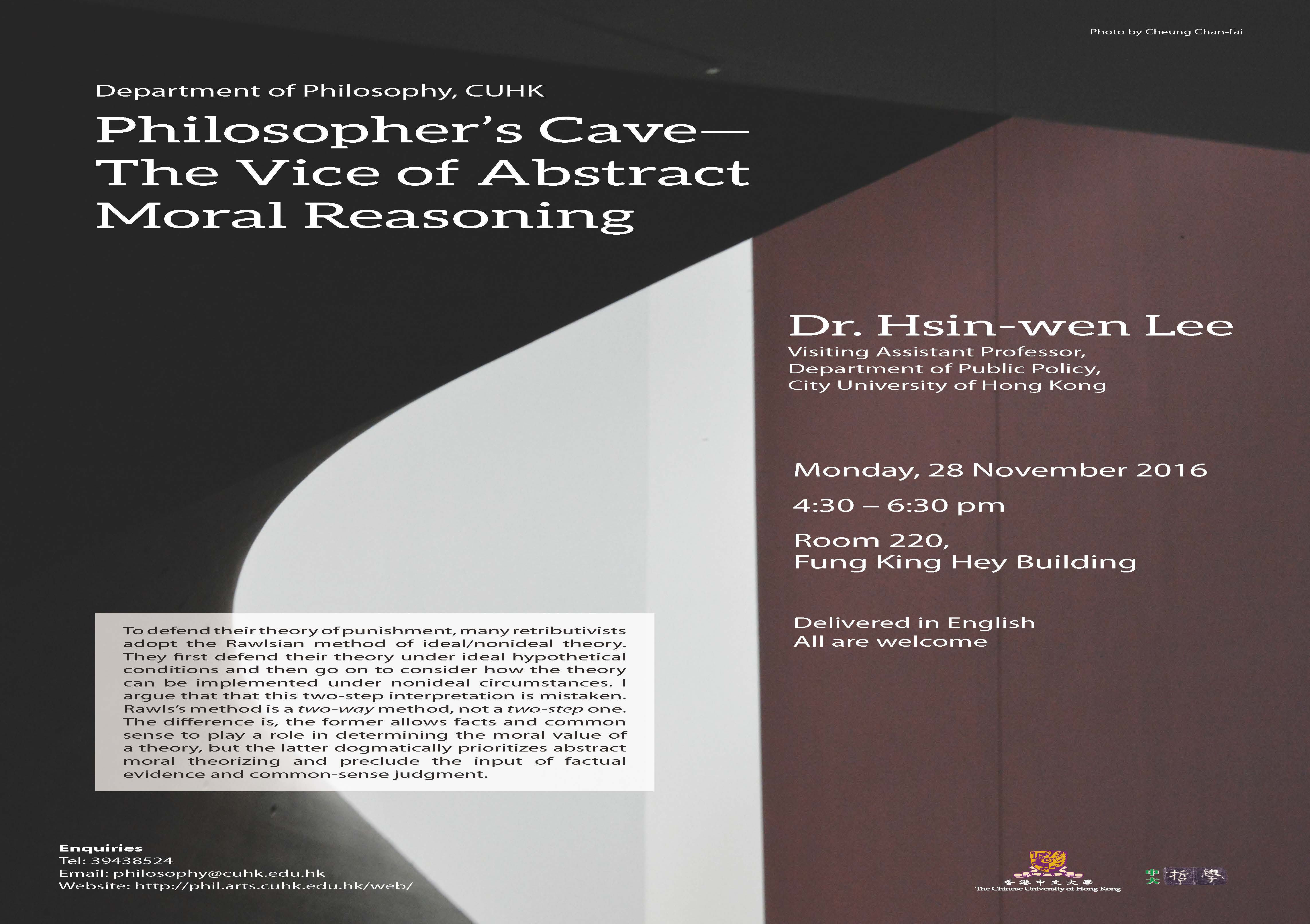 To defend their theory of punishment, many retributivists adopt the Rawlsian method of ideal/nonideal theory. They first defend their theory under ideal hypothetical conditions and then go on to consider how the theory can be implemented under nonideal circumstances. I argue that that this two-step interpretation is mistaken. Rawls’s method is a two-way method, not a two-step one. The difference is, the former allows facts and common sense to play a role in determining the moral value of a theory, but the latter dogmatically prioritizes abstract moral theorizing and preclude the input of factual evidence and common-sense judgment.