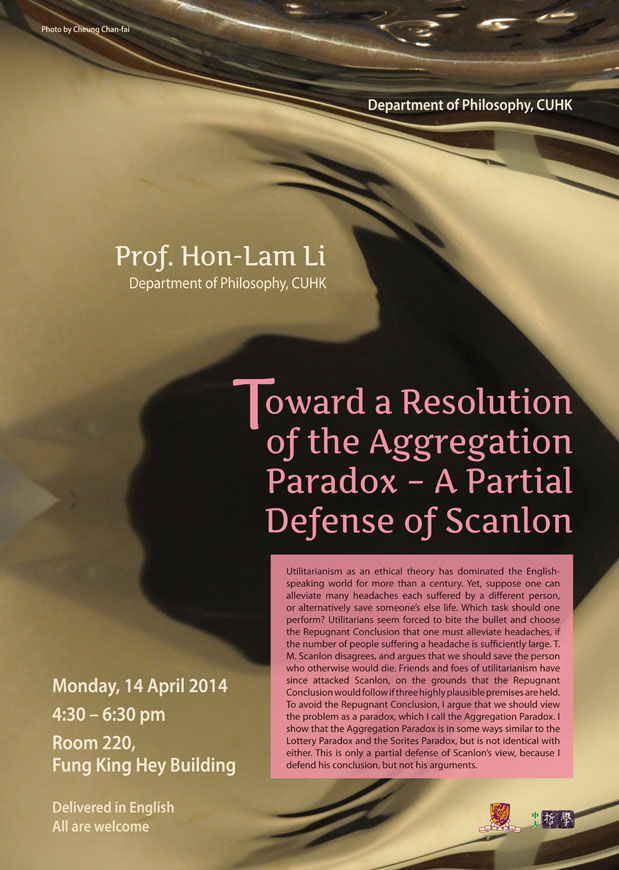 Abstract:
Utilitarianism as an ethical theory has dominated the English-speaking world for more than a century. Yet, suppose one can alleviate many headaches each suffered by a different person, or alternatively save someone’s else life. Which task should one perform? Utilitarians seem forced to bite the bullet and choose the Repugnant Conclusion that one must alleviate headaches, if the number of people suffering a headache is sufficiently large. T. M. Scanlon disagrees, and argues that we should save the person who otherwise would die. Friends and foes of utilitarianism have since attacked Scanlon, on the grounds that the Repugnant Conclusion would follow if three highly plausible premises are held. To avoid the Repugnant Conclusion, I argue that we should view the problem as a paradox, which I call the Aggregation Paradox. I show that the Aggregation Paradox is in some ways similar to the Lottery Paradox and the Sorites Paradox, but is not identical with either. This is only a partial defense of Scanlon’s view, because I defend his conclusion, but not his arguments.