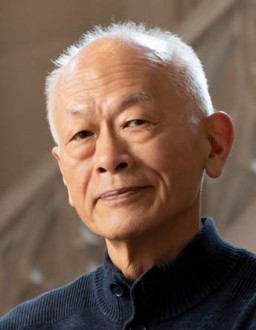 Prof. Wong was born in the United States with family roots in China, Guangdong province. He received his B.A. from Macalester College, and his PhD in philosophy from Princeton University. He has been in the Philosophy Department at Brandeis University and at Duke University since 2000, where he was the Susan Fox Beischer and George D. Beischer Professor of Philosophy. Prof. Wong’s fields of research are ethics and comparative philosophy with a focus on the Chinese and Western traditions. He teaches ethics and comparative philosophy at the undergraduate and graduate levels at Duke.

The Duties and Virtues of Trying to Understand Others

What do we owe to others with whom we have fundamental moral disagreements that can’t be resolved by getting the value-neutral facts right? One answer is “normative relativism,” which is the view that we should leave these others alone or let them act according to their own values. I trace the justification behind this doctrine as lying in the value of autonomy as well as “metaethical relativism,” which is the view that there is no single true or most justified morality. I argue that normative relativism is both more defensible than its dismissive critics think, on the one hand, and that the underlying logic of its rationale turns out to be much more complex in its ramifications for action than its defenders usually suppose, on the other hand. I go on to argue that both normative and metaethical relativism, in their most appealing versions, are based on a normative social epistemology that acknowledges a duty to try to understand others and the upholding of virtues of humility, respect, fairness, and openness to what which challenges one’s own entrenched beliefs and values. I discuss the Zhuangzi’s respect for the individuality and uniqueness of each living creature and the method of shu or sympathetic understanding in the Analects as making important contributions to this normative epistemology. I conclude by discussing how this normative epistemology is related to the kind of relativistic pluralism I have defended.

Metaphor and Analogy in Confucian Philosophy

Daoism’s Unsettling of the Hierarchy within the Person

I discuss a characteristic criticism of Confucians to be found in the Daoist texts, which is that the project of achieving virtue tends to degenerate into a striving for superiority over others that not only perverts the aim of self-cultivation but defeats the equally important aim of helping others to improve. I do not think that by itself this is a decisive criticism of the Confucians, but investigating the basis of that criticism will lead, I argue, to a useful critique of Confucian ideas of governance, both within the individual and in state and society. The Daoist criticism, I believe, makes legitimately forceful criticisms of Confucian moral hierarchies and enable us to have more flexible and inclusive ideas of what is valuable and appropriate. These criticisms apply both to Confucian hierarchies applied governance within the individual person and to the political and social realms. I discuss the Daoist ideas in relation to contemporary psychological science and to proposals for a less hierarchical way of governing in society.