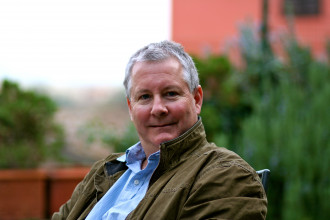 Professor Brink has held fellowships from the Center for Advanced Studies in the Behavioral Sciences (1990-91), the University of California (1998), the National Endowment for the Humanities (2002-03), and Magdalen College, Oxford University (2018). In 2013 he gave the Lindley Lecture on the topic “Responsibility, Incompetence, and Psychopathy.”

Professor Brink has wide-ranging interests in ethical theory, the history of ethics, moral psychology, and jurisprudence. Within ethical theory, he has written on metaethical issues about the objectivity of ethics and foundational issues in ethics about moral conflict, the nature of practical reason, the good for a person, prudence, perfectionism, and the relation between personal identity and ethics. Within the history of ethics, he has written about Greek ethics, Kantian ethics, and 19th century British moral philosophy, especially the work of J.S. Mill, Henry Sidgwick, and T.H. Green. Within jurisprudence, he has written on issues in analytical jurisprudence about the relation between law and morality and the nature of legal interpretation, in constitutional jurisprudence about individual rights and judicial review within a constitutional democracy, and in criminal jurisprudence about responsibility and excuse. His current work engages the intersection of moral psychology and criminal law concerning issues about responsibility, excuse, blame, and punishment.

Professor Brink is the author of three monographs: Moral Realism and the Foundations of Ethics (New York: Cambridge University Press, 1989), Perfectionism and the Common Good: Themes in the Philosophy of T.H. Green (Oxford: Clarendon Press, 2003), and Mill’s Progressive Principles (Oxford: Clarendon Press, 2013). He is currently working on a fourth monograph, Fair Opportunity, Responsibility, and Excuse.

During his visit to the Chinese University of Hong Kong as Tang Chun-I Visiting Professor, Professor Brink will give a public lecture on “Partial Responsibility and Excuse” exploring ways in which the criminal law should take partial responsibility and excuse more seriously. He will also offer a four-week postgraduate seminar entitled “Fair Opportunity, Responsibility, and Excuse,” which will explore issues at the intersection of moral psychology and criminal jurisprudence about the nature of the reactive attitudes, responsibility, excuse, blame, and punishment. Finally, he will offer a departmental colloquium on the topic “Normative Perfectionism and the Kantian Tradition,” in which he assesses the prospects for a normative perfectionist ethical theory, in which perfectionist ideals are grounded in moral personality or agency, to respond to Kant’s criticisms of the perfectionist tradition. 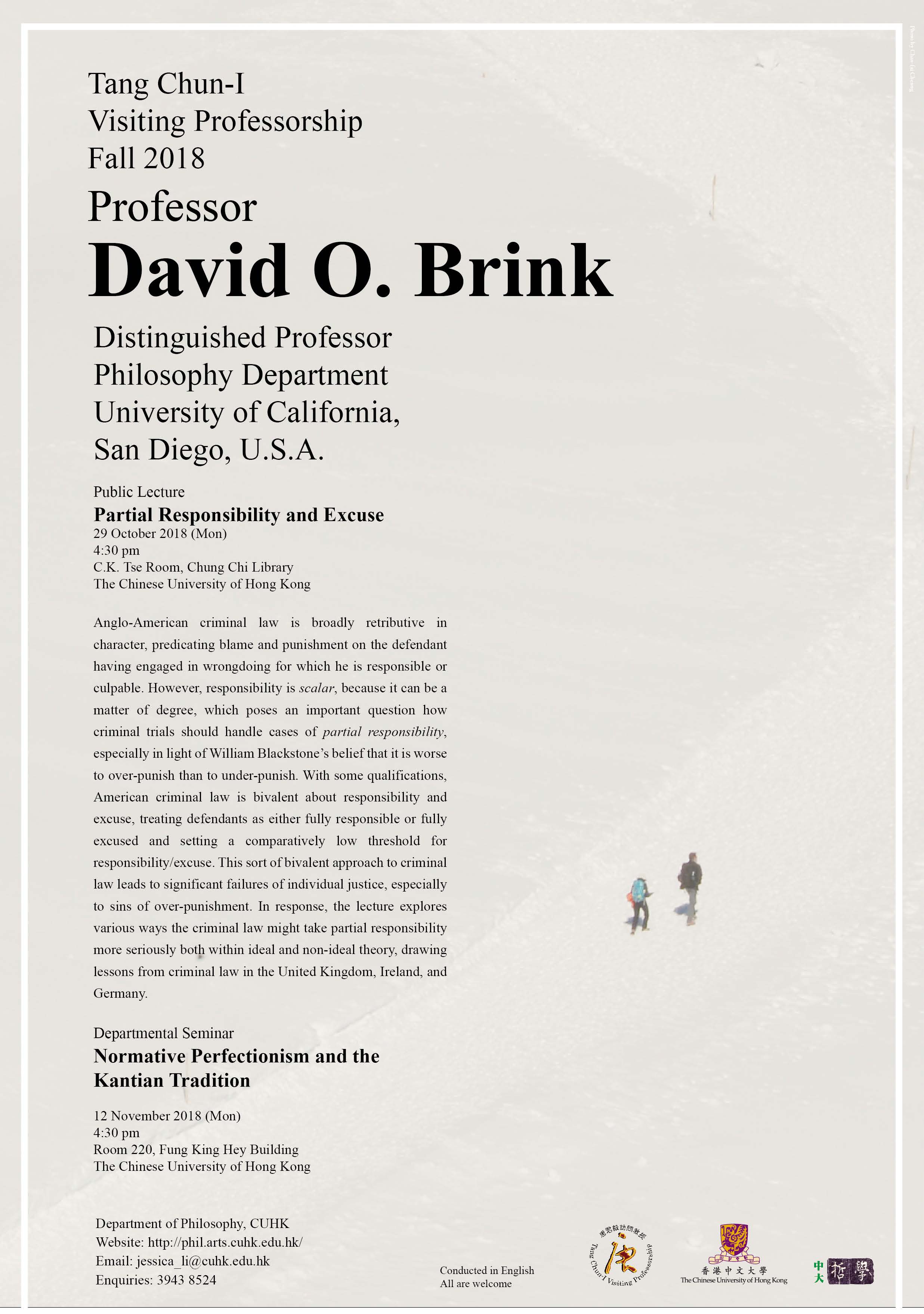 Anglo-American criminal law is broadly retributive in character, predicating blame and punishment on the defendant having engaged in wrongdoing for which he is responsible or culpable. However, responsibility is scalar, because it can be a matter of degree, which poses an important question how criminal trials should handle cases of partial responsibility, especially in light of William Blackstone’s belief that it is worse to over-punish than to under-punish. With some qualifications, American criminal law is bivalent about responsibility and excuse, treating defendants as either fully responsible or fully excused and setting a comparatively low threshold for responsibility/excuse. This sort of bivalent approach to criminal law leads to significant failures of individual justice, especially to sins of over-punishment. In response, the lecture explores various ways the criminal law might take partial responsibility more seriously both within ideal and non-ideal theory, drawing lessons from criminal law in the United Kingdom, Ireland, and Germany.

Normative Perfectionism and the Kantian Tradition