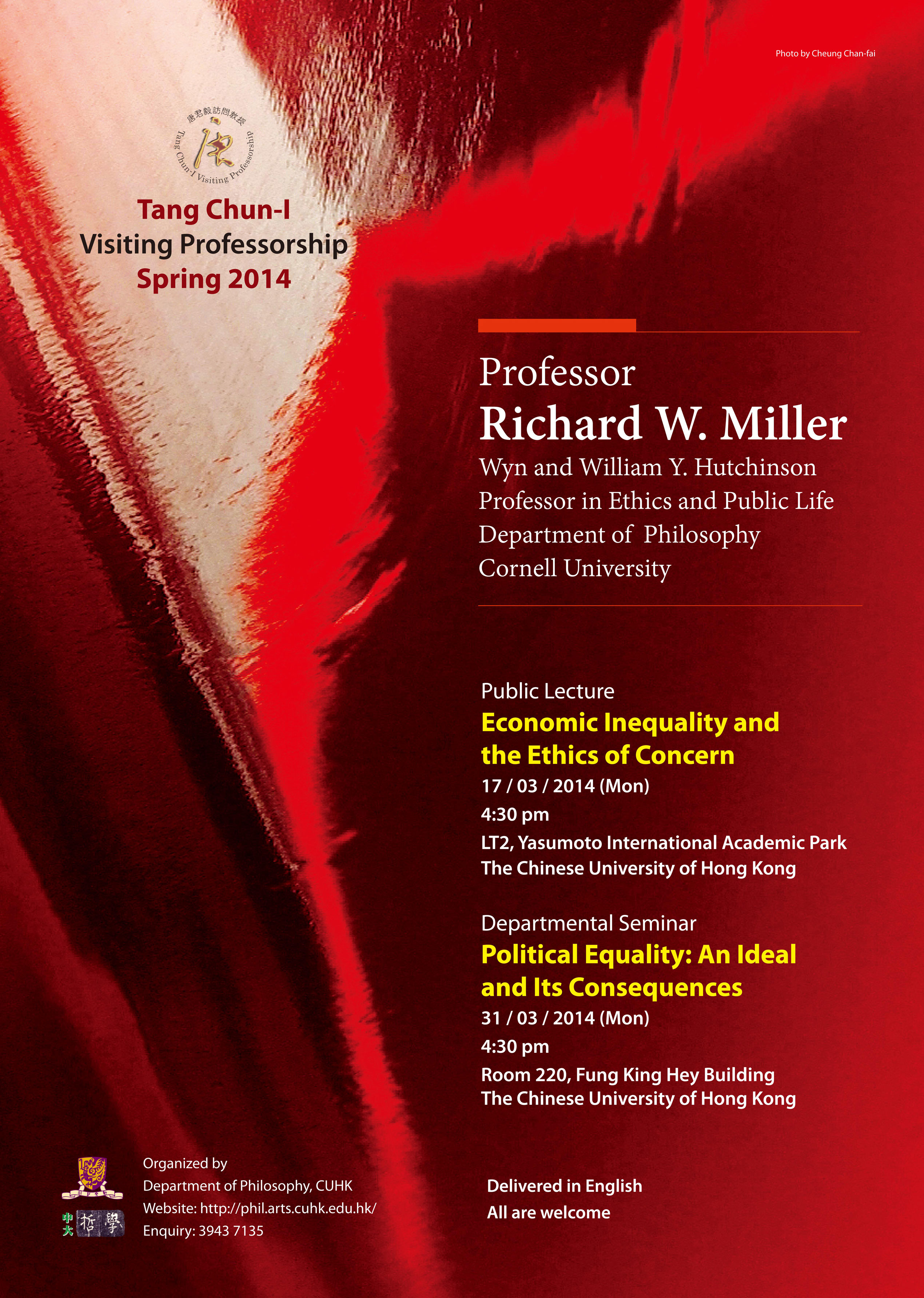 Democracy: Its Values, Prospects and Problems

In virtually all countries, many people are concerned with the extent to which political influence is unequal, for example, the extent to which rich citizens have greater influence. But is approximate equality of political influence morally important as such, not just insofar as it promotes further outcomes, for example, economic justice? The major philosophers investigating political equality have generally said, “No.” In contrast, the seminar presentation will base the intrinsic importance of equal political influence on the demands of interpersonal respect and the need to nurture a democratic way of life. This moral foundation turns out to have far-reaching implications, requiring less subordination in economic life, entailing major political reforms in modern democracies, and providing a framework for assessing options for political change in China.