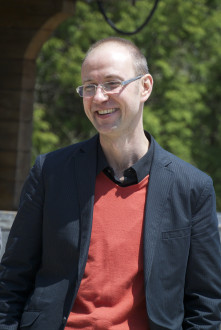 Geniusas’s main philosophical interests lie in 19th and 20th century continental philosophy, especially in phenomenology and hermeneutics. His dissertation, which he defended at the New School in 2008 and which was awarded the Hans Jonas Prize, addressed the concept of the horizon in Husserl’s phenomenology. His monograph, The Origins of the Horizon in Husserl’s Phenomenology, was published as Vol. 67 in the Contributions to Phenomenology series by Springer in 2012. Geniusas has also published forty plus articles in a number of philosophy journals and anthologies. His publications generally fall under the heading of modern European philosophy. Over the last few years, phenomenology of pain and phenomenology of imagination constitute his main research interests.

Besides regularly offering courses in the history of philosophy and in 19th and 20th century continental philosophy, Geniusas also offers lectures and seminars in aesthetics, phenomenology,  and philosophy of imagination.