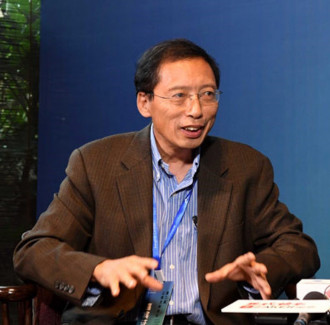 Yong Huang, Ph.D in Philosophy (Fudan University) and Th.D in Religious Studies (Harvard University), had taught at Kutztown University of Pennsylvania since 1996 before he moved to the Chinese University of Hong Kong in 2013. With interest in both philosophy and religious studies and familiar with both Western and Chinese traditions, his research focus has been on moral (both ethical and political) issues from an interdisciplinary and comparative perspective.

Huang served as, among others, the co-chair of the Confucian Tradition Group of American Academy of Religion, the Co-chair of the University Seminar on Neo-Confucian Studies at Columbia University, and the President of Association of Chinese Philosophers in American (1999-2001). During this tenure, among other things, he inaugurated a book series, ACPA Series in Chinese and Comparative Philosophy, and a journal, Dao: A Journal of Comparative philosophy. He has been the chief editor of the latter since the very beginning. Huang is also the founding editor of the first companion series exclusively focused on Chinese philosophy, Dao Companions to Chinese Philosophy, also published by Springer. Recently, he has also launched a book series, Encountering Chinese Philosophy, published by Bloomsbury and (together with Professor WANG Qingjie) a book series in Chinese, Philosophy from Hong Kong (香江哲學), published by Oriential Publishing Center (東方出版中心) in Shanghai. In addition, he sits on almost 30 editorial boards of scholarly journals and book series in English and Chinese.