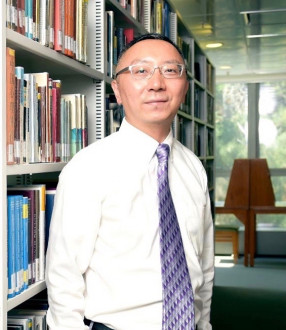 I obtained a Ph.D. in Philosophy from the University of Michigan, Ann Arbor in 2010. After teaching at Peking University and Lingnan University, I joined the Chinese University of Hong Kong in 2014. I mainly work in philosophy of mind and moral philosophy, striving to develop a robust version of anti-reductionism in each domain. I have also conducted research in metaphysics (causation; grounding), epistemology (explanation; intuition), political philosophy (liberalism; distributive justice), and comparative philosophy (Confucianism). I am currently working on a five-year project, “An Emergentist Theory of Mind”, supported by the prestigious RGC Research Fellow Scheme of Hong Kong Research Grants Council ($5.2 million; 01/2022-12/2026).

I am widely regarded as a leading Chinese analytic philosopher. My research has repeatedly appeared in top philosophy journals and stimulated many responses and discussions in reputable peer-reviewed venues. My account of mental causation is listed in the key works of the “Exclusion Problem” entry in the PhilPapers index, and also acknowledged in major reference resources (such as Stanford Encyclopedia of Philosophy, Internet Encyclopedia of Philosophy, and Oxford Bibliographies in Philosophy). A conference discussing my philosophical theories was organized in Shanghai in 2015. Some of my works have been translated into Chinese by other scholars. I have also received the Research Excellence Award of CUHK in 2020.

I always aim to address relatively “big” philosophical issues in my articles (excluding discussion notes and critical commentaries, which I have never written). I have a special interest in developing positive philosophical accounts and elaborating their theoretical merits in contrast with competing approaches. My work puts an equal emphasis on the roles of analysis and synthesis, and attempts to reveal the connections among apparently different topics at a deeper level and in a broader context. I have been consciously adopting the methodology of what John Rawls calls reflective equilibrium, the goal of which is to achieve a coherence between particular judgments and general principles while taking multiple theoretical needs into consideration.

When not doing philosophy, I especially enjoy reading Classical Chinese poetry. I have long held a bold, but correct, view that the aesthetic values of Chinese poetry are significantly greater than those of Western poetry; I’d like to argue with anyone who thinks otherwise (whereas I don’t hold a similar view on Chinese novels, painting, and music). I have also found much fun in watching American movie and TV series, playing table tennis, and exploring country parks.

Zhong, Lei (forthcoming) “Why Causation Is Biconditional But Not Proportional,” American Philosophical Quarterly.

[Here are listed only my representative publications. A full list of the articles (with abstracts) can be found on PhilPapers.]