Affective Communication and World: The Cosmopolitanism in the Idea of Inter-Religious Dialogue of Tang Junyi 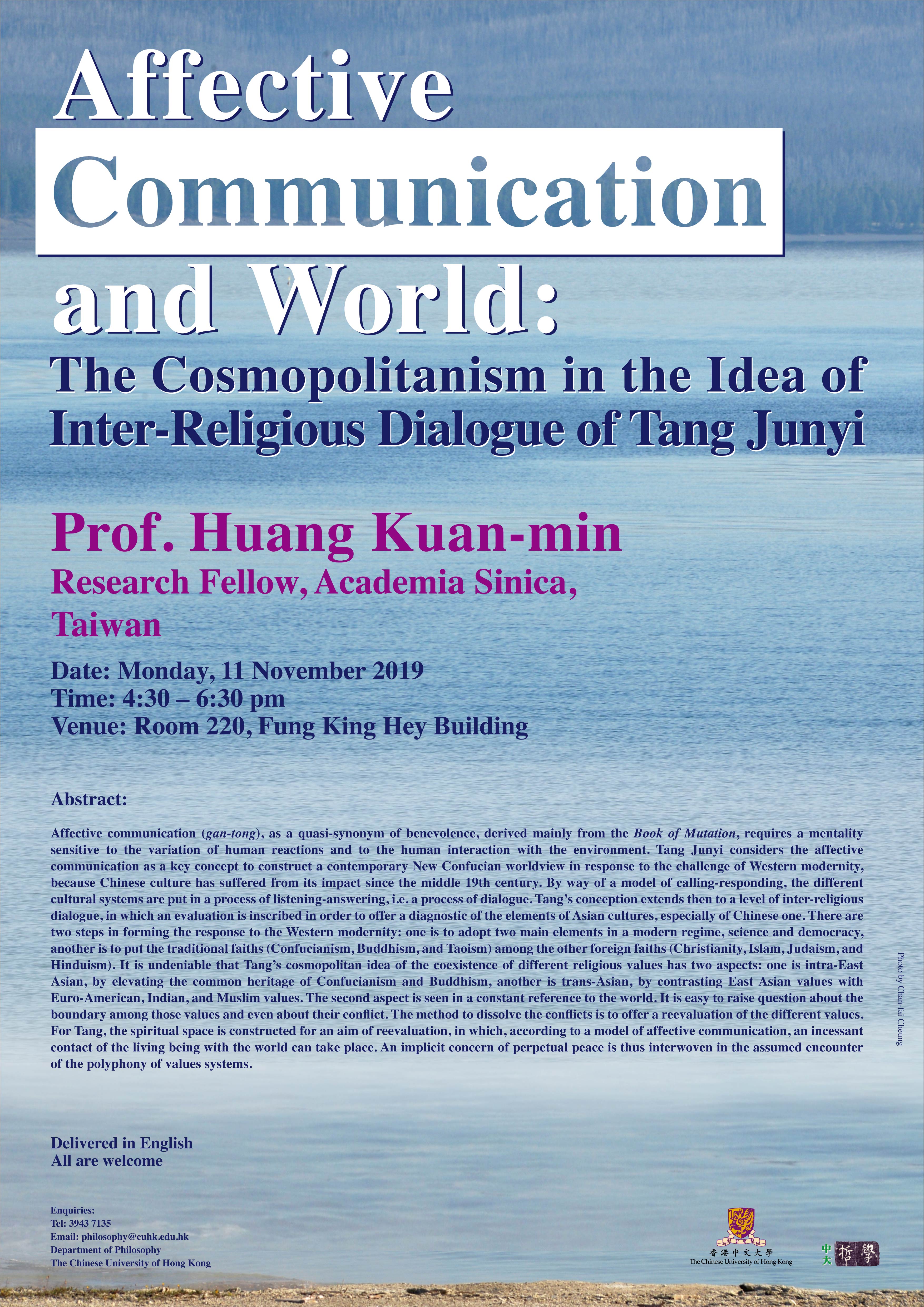 Affective communication (gan-tong), as a quasi-synonym of benevolence, derived mainly from the Book of Mutation, requires a mentality sensitive to the variation of human reactions and to the human interaction with the environment. Tang Junyi considers the affective communication as a key concept to construct a contemporary New Confucian worldview in response to the challenge of Western modernity, because Chinese culture has suffered from its impact since the middle 19th century. By way of a model of calling-responding, the different cultural systems are put in a process of listening-answering, i.e. a process of dialogue. Tang’s conception extends then to a level of inter-religious dialogue, in which an evaluation is inscribed in order to offer a diagnostic of the elements of Asian cultures, especially of Chinese one. There are two steps in forming the response to the Western modernity: one is to adopt two main elements in a modern regime, science and democracy, another is to put the traditional faiths (Confucianism, Buddhism, and Taoism) among the other foreign faiths (Christianity, Islam, Judaism, and Hinduism). It is undeniable that Tang’s cosmopolitan idea of the coexistence of different religious values has two aspects: one is intra-East Asian, by elevating the common heritage of Confucianism and Buddhism, another is trans-Asian, by contrasting East Asian values with Euro-American, Indian, and Muslim values. The second aspect is seen in a constant reference to the world. It is easy to raise question about the boundary among those values and even about their conflict. The method to dissolve the conflicts is to offer a reevaluation of the different values. For Tang, the spiritual space is constructed for an aim of reevaluation, in which, according to a model of affective communication, an incessant contact of the living being with the world can take place. An implicit concern of perpetual peace is thus interwoven in the assumed encounter of the polyphony of values systems.