Attention, Not Self: Buddhaghosa’s Philosophy of Mind 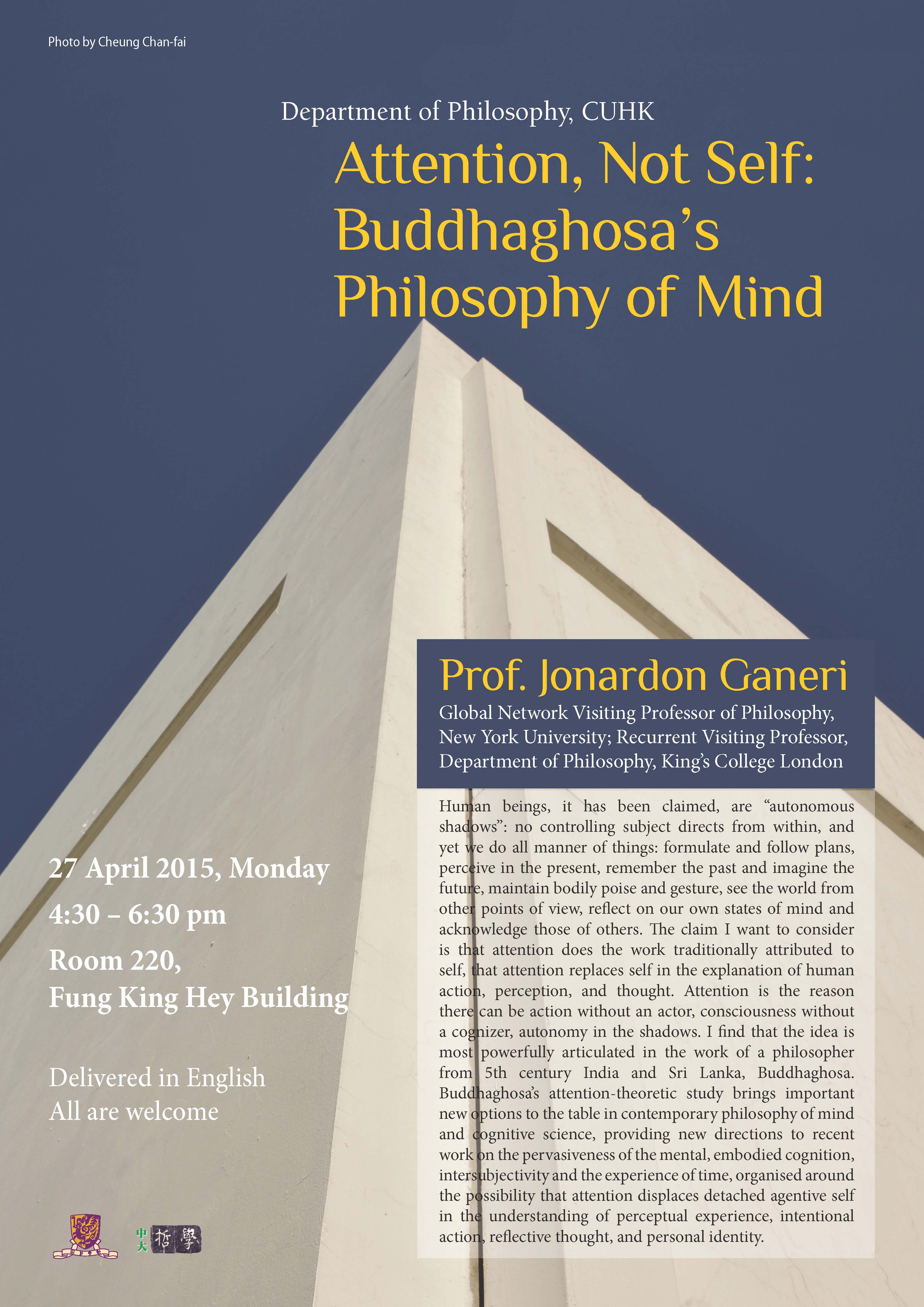 Abstract:
Human beings, it has been claimed, are “autonomous shadows”: no controlling subject directs from within, and yet we do all manner of things: formulate and follow plans, perceive in the present, remember the past and imagine the future, maintain bodily poise and gesture, see the world from other points of view, reflect on our own states of mind and acknowledge those of others. The claim I want to consider is that attention does the work traditionally attributed to  self, that attention replaces self in the explanation of human action, perception, and thought. Attention is the reason there can be action without an actor, consciousness without a cognizer, autonomy in the shadows. I find that the idea is most powerfully articulated in the work of a philosopher from 5th century India and Sri Lanka, Buddhaghosa.  Buddhaghosa’s attention-theoretic study brings important new options to the table in contemporary philosophy of mind and cognitive science, providing new directions to recent work on the pervasiveness of the mental, embodied cognition, intersubjectivity and the experience of time, organised around the possibility that attention displaces detached agentive self in the understanding of perceptual experience, intentional action, reflective thought, and personal identity.

Bio: Jonardon Ganeri is Global Network Visiting Professor of Philosophy with New York University and Recurrent Visiting Professor in Philosophy at King’s College London. Ganeri argues for cosmopolitanism in philosophy, the view that philosophy must appeal to a plurality of intellectual habitats if it is to avoid parochialism in the intuitions that guide it and the vocabularies in which it is phrased.  His work has focused primarily on a renewal of the Sanskrit philosophical dialogue, and he has written on theories of self, concepts of rationality, metaphysics, epistemology, and the philosophy of language, as well as on the idea of philosophy as a practice and its relationship with literature. He has worked extensively on the social and intellectual history of early modern South Asia,  resulting in a prize-winning book entitled The Lost Age of Reason: Philosophy in Early Modern India 1450–1700 (Oxford: Oxford University Press 2011). His much-acclaimed The Self: Naturalism, Consciousness, and the First-Person Stance (Oxford: Oxford University Press 2012) has just been released in paperback.