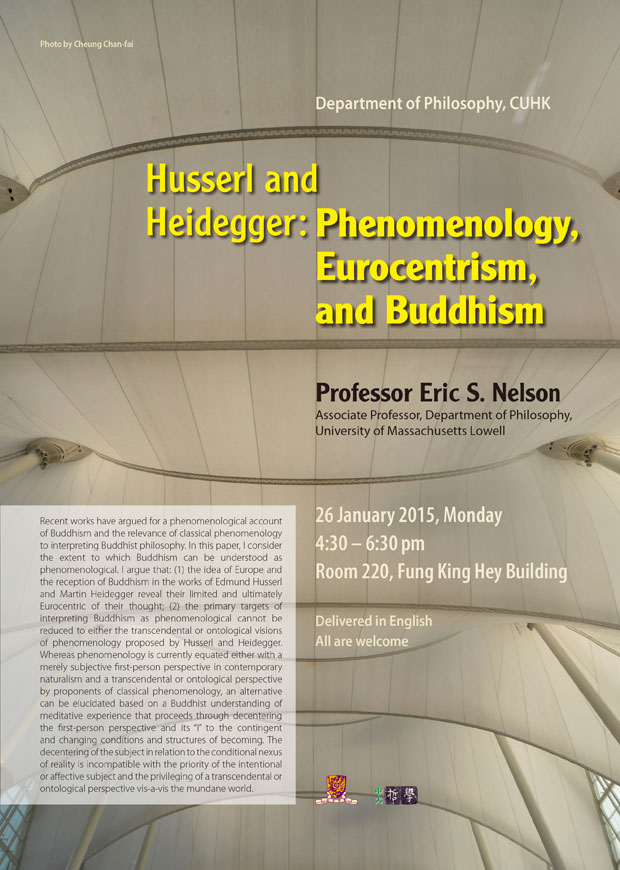 Abstract:
Recent works have argued for a phenomenological account of Buddhism and the relevance of classical phenomenology to interpreting Buddhist philosophy. In this paper, I consider the extent to which Buddhism can be understood as phenomenological. I argue that: (1) the idea of Europe and the reception of Buddhism in the works of Edmund Husserl and Martin Heidegger reveal their limited and ultimately Eurocentric of their thought; (2) the primary targets of interpreting Buddhism as phenomenological cannot be reduced to either the transcendental or ontological visions of phenomenology proposed by Husserl and Heidegger. Whereas phenomenology is currently equated either with a merely subjective first-person perspective in contemporary naturalism and a transcendental or ontological perspective by proponents of classical phenomenology, an alternative can be elucidated based on a Buddhist understanding of meditative experience that proceeds through decentering the first-person perspective and its “I” to the contingent and changing conditions and structures of becoming. The decentering of the subject in relation to the conditional nexus of reality is incompatible with the priority of the intentional or affective subject and the privileging of a transcendental or ontological perspective vis-a-vis the mundane world.