Knowledge by Way of Robust Tracking and Indefeasible Inference 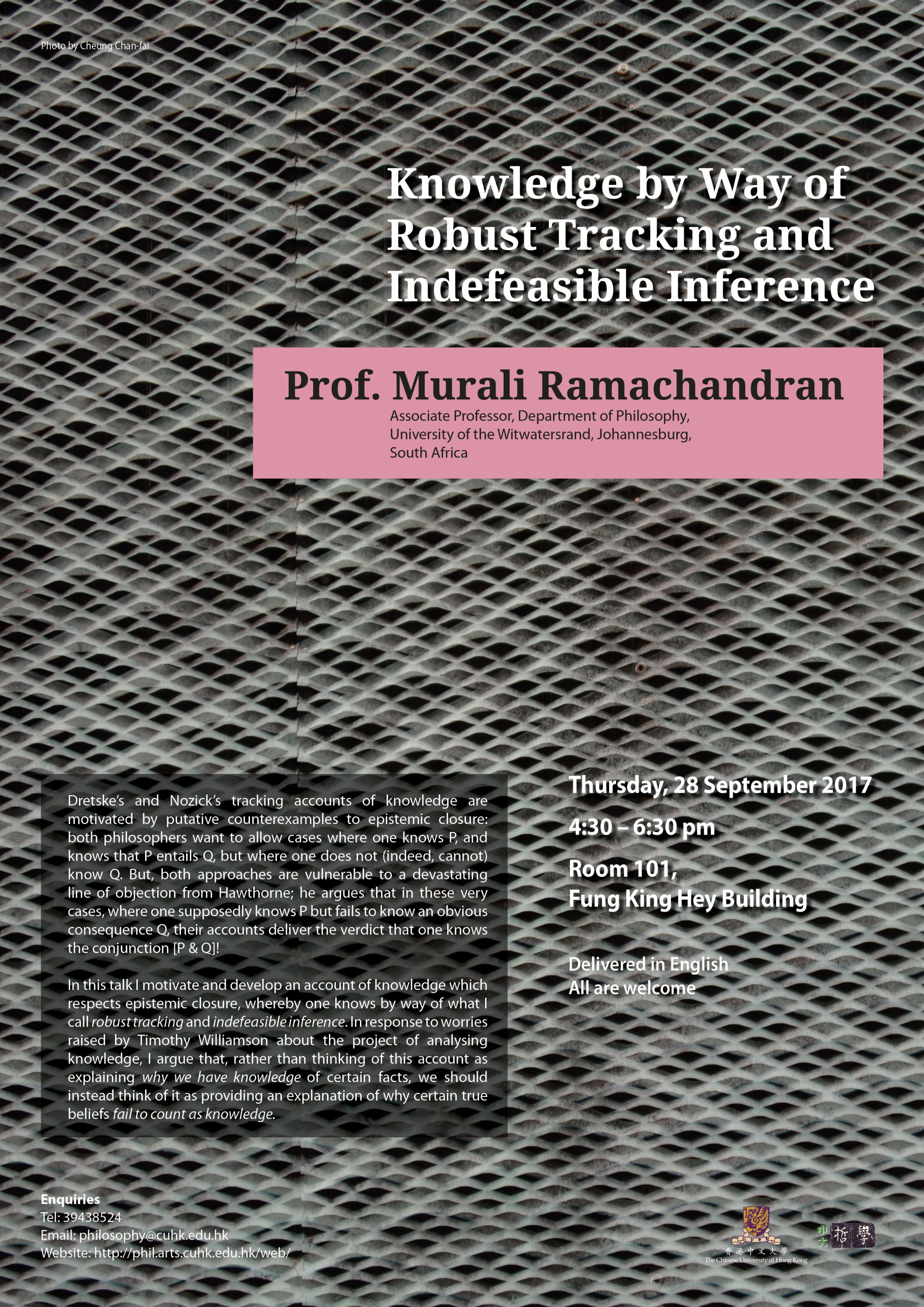 Dretske’s and Nozick’s tracking accounts of knowledge are motivated by putative counterexamples to epistemic closure: both philosophers want to allow cases where one knows P, and knows that P entails Q, but where one does not (indeed, cannot) know Q. But, both approaches are vulnerable to a devastating line of objection from Hawthorne; he argues that in these very cases, where one supposedly knows P but fails to know an obvious consequence Q, their accounts deliver the verdict that one knows the conjunction [P & Q]!

In this talk I motivate and develop an account of knowledge which respects epistemic closure, whereby one knows by way of what I call robust tracking and indefeasible inference. In response to worries raised by Timothy Williamson about the project of analysing knowledge, I argue that, rather than thinking of this account as explaining why we have knowledge of certain facts, we should instead think of it as providing an explanation of why certain true beliefs fail to count as knowledge.