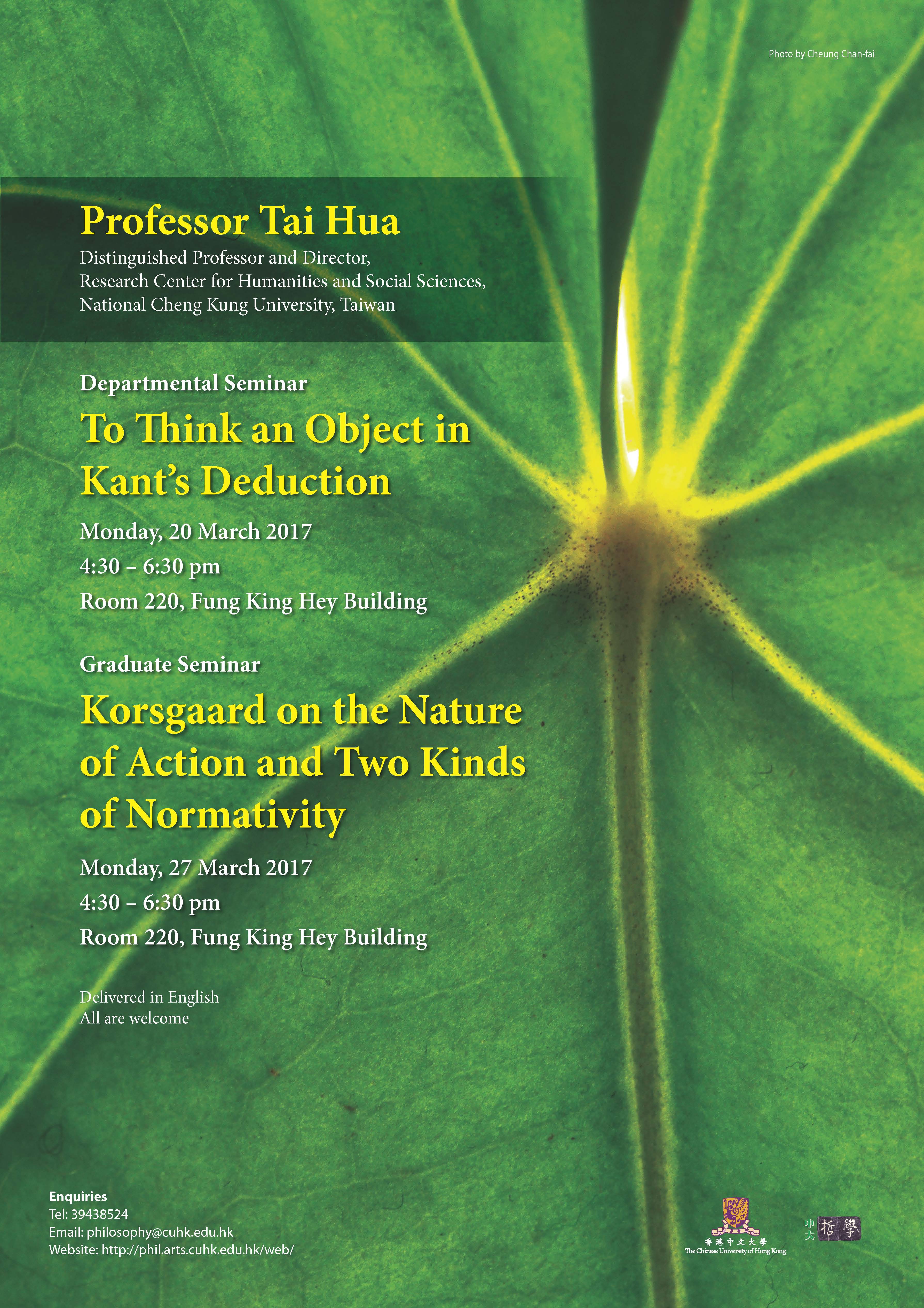 In her recent book Self-Constitution: Agency, Identity, and Integrity (Oxford UP, 2009), Korsgaard puts forward a more thought-out theory of normativity than she did in an earlier book The Sources of Normativity (Cambridge UP, 1996). In the later work, she holds (1) “the necessity [or normativity] of conform­ing to the principles of practical reason” to stem from (2) “the necessity of being a unified agent,” which she holds to stem in turn from (3) “the necessity of being an agent,” and this ultimately from (4) “the necessity of acting.” Thus, in the final analysis, for Korsgaard the normative force to be ascribed to our practical principles or, more generally, reasons for action is grounded on (4). It is therefore crucial that, in espousing her theory, Korsgaard must explain how (4) is to be understood.

I will try to spell out the (largely Kantian) conceptual framework with which Korsgaard presents such a complex theory of normativity. And, as an exercise in comparative philo­sophy, I will show how that framework may be used to make better sense of, and perhaps also to defend, Xunzi’s claim that “human nature is bad.” Attached to this abstract are two files, one of which sketches Korsgaard’s theory while the other is an unpublished work of mine on Xunzi (which was once presented at the CUHK Conference on Moral and Political Philosophy, 2006, and a revised version of which was later published in Chinese under the title 荀子論性惡, in «哲學分析與視域交融», 林從一主編, 台大出版中心, 2010: 161-82). My work on Xunzi has not taken into account Korsgaard’s distinction between rational (human) agency and non-rational agency; if it did, it might have been more forcefully written.