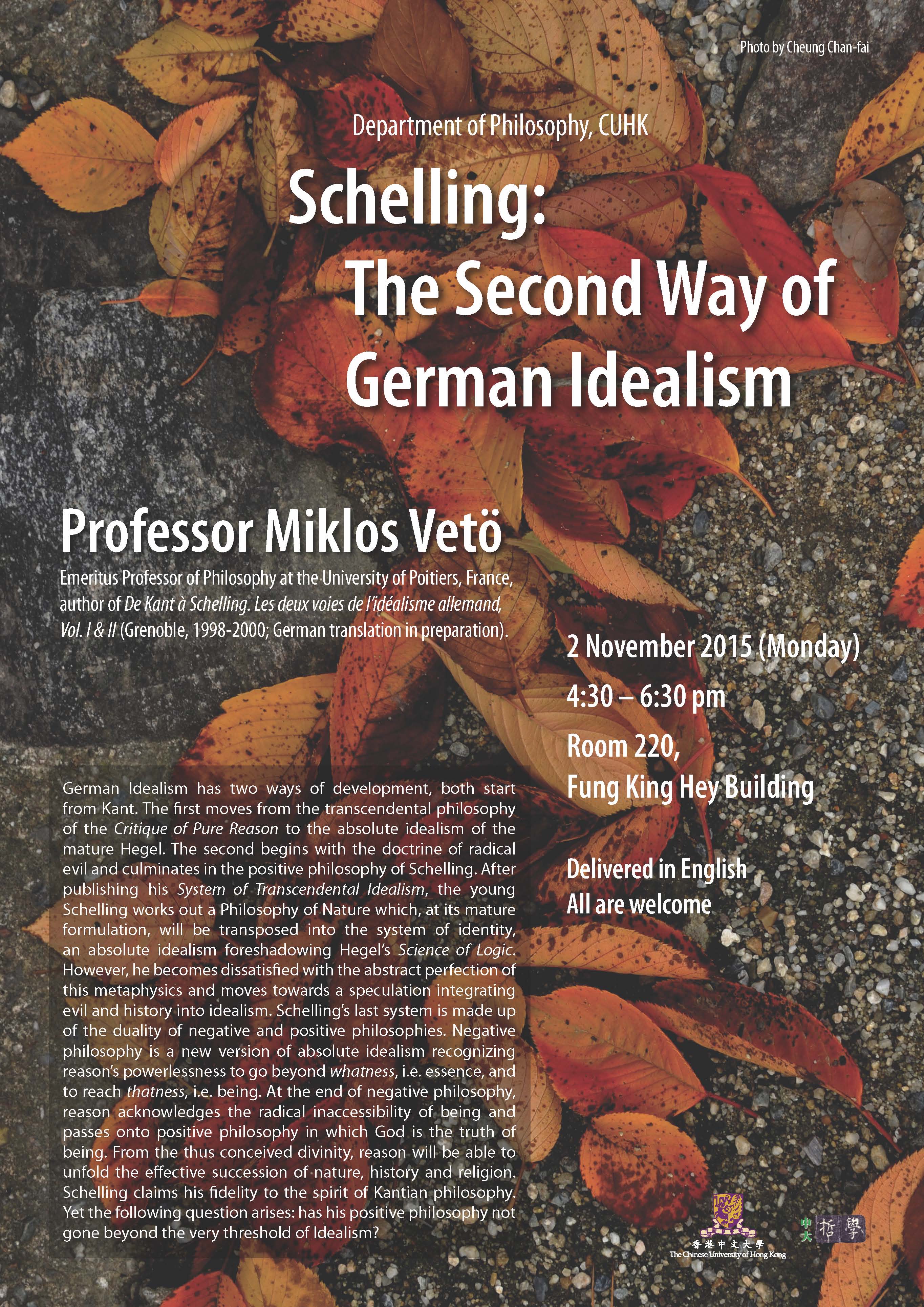 German Idealism, as a major school in the history of Western philosophy, has two ways of development. Bothways start from Kant. The first moves from the transcendental philosophy of the Critique of Pure Reason to the absolute idealism of the mature Hegel. The second begins with the doctrine of radical evil and culminates in the positive philosophy of Schelling. Schelling, the youngest of the great idealists, is at the beginning a Fichtean, author of a System of Transcendental Idealism which unifies the three realms of Kantian criticism, i.e. theoretical reason, practical reason and the faculty of judgment. At the same time, Schelling works out his Philosophy of Nature which, at its mature formulation, will be transposed into the system of identity, an absolute idealism foreshadowing Hegel’s Science of Logic. However, he becomes dissatisfied with the abstract perfection of this metaphysics and moves towards a speculation integrating evil and history into idealism. During the last thirty years of his life, Schelling works unceasingly on his last system, made up of the duality of negative and positive philosophies. Negative philosophy is a new version of absolute idealism yet with the realization and the confession of reason’s powerlessness to go beyond whatness, i.e. essence, and to reach thatness, i.e. being. At the end of the negative philosophy, reason will have to acknowledge the radical inaccessibility of being and from that to work out positive philosophy. For positive philosophy, God is the truth of being and from the thus conceived divinity, reason will be able to unfold the effective succession of nature, history and religion. Schelling claims his fidelity to the spirit of Kantian philosophy. Yet the following question arises: has his positive philosophy not gone beyond the very threshold of Idealism?