Tang Chun-I Visiting Professorship Public Lecture: The Duties and Virtues of Trying to Understand Others 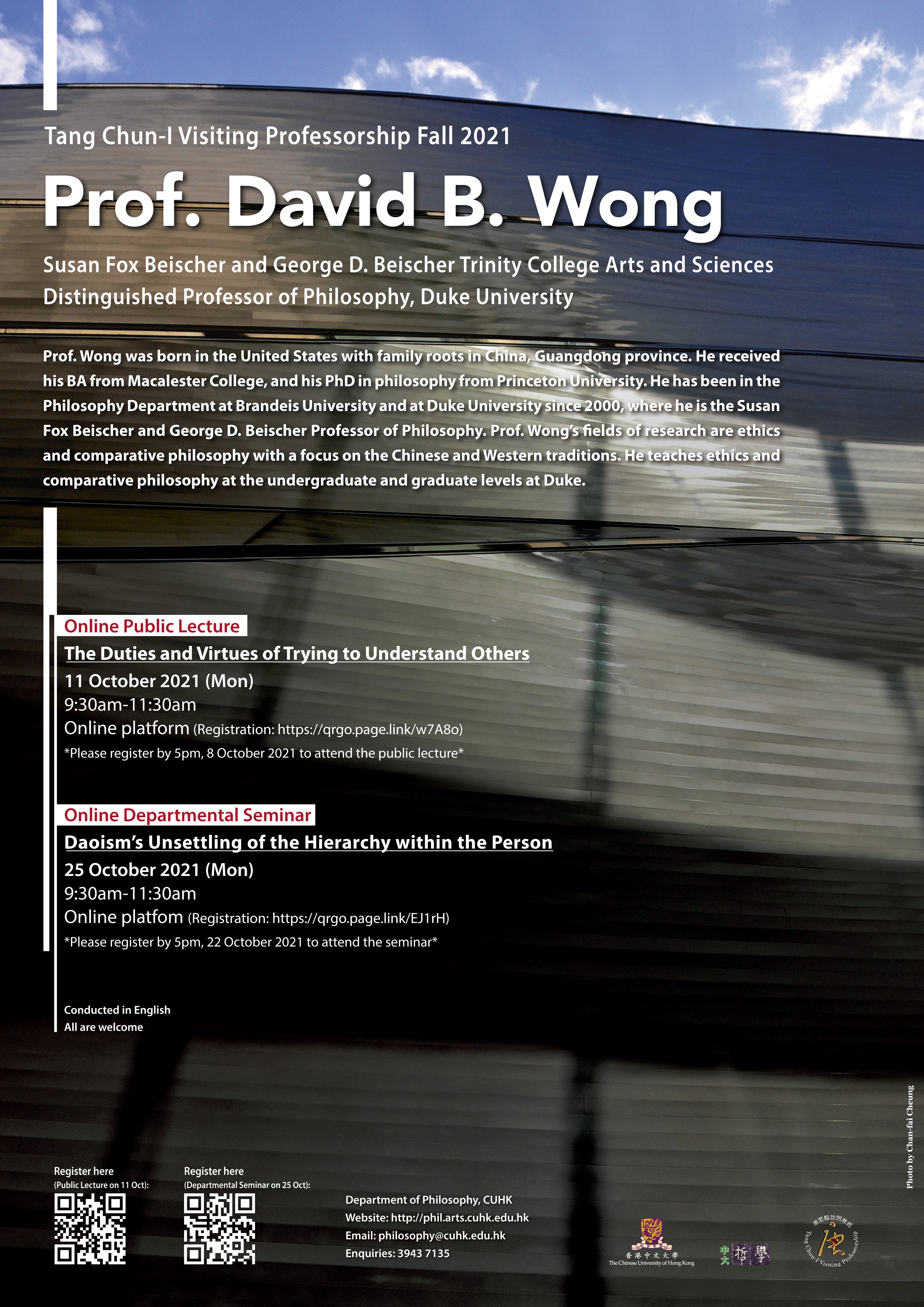 Please register by 5pm, 8 October 2021 to attend the public lecture.

What do we owe to others with whom we have fundamental moral disagreements that can’t be resolved by getting the value-neutral facts right? One answer is “normative relativism,” which is the view that we should leave these others alone or let them act according to their own values. I trace the justification behind this doctrine as lying in the value of autonomy as well as “metaethical relativism,” which is the view that there is no single true or most justified morality. I argue that normative relativism is both more defensible than its dismissive critics think, on the one hand, and that the underlying logic of its rationale turns out to be much more complex in its ramifications for action than its defenders usually suppose, on the other hand. I go on to argue that both normative and metaethical relativism, in their most appealing versions, are based on a normative social epistemology that acknowledges a duty to try to understand others and the upholding of virtues of humility, respect, fairness, and openness to what which challenges one’s own entrenched beliefs and values. I discuss the Zhuangzi’s respect for the individuality and uniqueness of each living creature and the method of shu or sympathetic understanding in the Analects as making important contributions to this normative epistemology. I conclude by discussing how this normative epistemology is related to the kind of relativistic pluralism I have defended.

Conducted in English
All are welcome