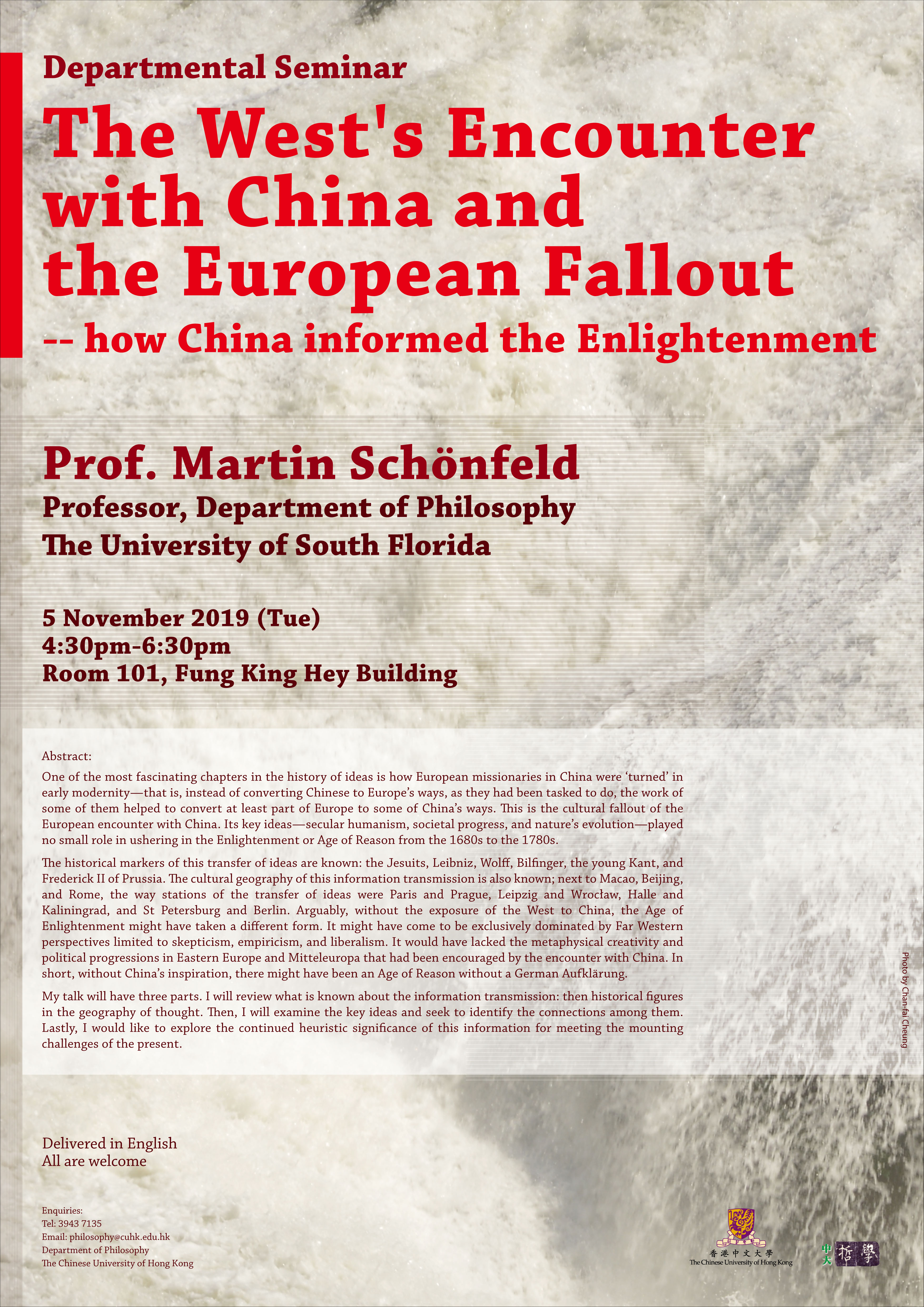 One of the most fascinating chapters in the history of ideas is how European missionaries in China were ‘turned’ in early modernity—that is, instead of converting Chinese to Europe’s ways, as they had been tasked to do, the work of some of them helped to convert at least part of Europe to some of China’s ways. This is the cultural fallout of the European encounter with China. Its key ideas—secular humanism, societal progress, and nature’s evolution—played no small role in ushering in the Enlightenment or Age of Reason from the 1680s to the 1780s.

The historical markers of this transfer of ideas are known: the Jesuits, Leibniz, Wolff, Bilfinger, the young Kant, and Frederick II of Prussia. The cultural geography of this information transmission is also known; next to Macao, Beijing, and Rome, the way stations of the transfer of ideas were Paris and Prague, Leipzig and Wrocław, Halle and Kaliningrad, and St Petersburg and Berlin. Arguably, without the exposure of the West to China, the Age of Enlightenment might have taken a different form. It might have come to be exclusively dominated by Far Western perspectives limited to skepticism, empiricism, and liberalism. It would have lacked the metaphysical creativity and political progressions in Eastern Europe and Mitteleuropa that had been encouraged by the encounter with China. In short, without China’s inspiration, there might have been an Age of Reason without a German Aufklärung.

My talk will have three parts. I will review what is known about the information transmission: then historical figures in the geography of thought. Then, I will examine the key ideas and seek to identify the connections among them. Lastly, I would like to explore the continued heuristic significance of this information for meeting the mounting challenges of the present.