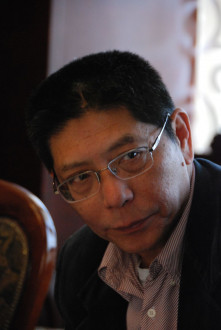 Professor Chen Jiaying was born in Shanghai in 1952. At the age of 6, he moved to Beijing and received his formal education there, which was interrupted in 1966 when the “Great Cultural Revolution” broke out. In 1968, he was sent to Inner Mongolia to farm with peasants, as a result of the “Down to the Countryside Movement.” He moved back to Beijing in 1976, took the 1977 Gaokao—the first National College Entrance Examination resumed after the Cultural Revolution—and was admitted to the undergraduate programme of the Department of Western Language and Literature at Peking University, majoring in German. The next year he became a graduate student of the Institute of Foreign Philosophy at the same university, where he earned a master’s degree in 1981.

Professor Chen is widely recognized as an expert in phenomenology, especially in Heidegger’s philosophy. His research areas also include: analytic philosophy (especially in Wittgenstein’s Philosophy), philosophy and science, ethics and moral philosophy, and contemporary philosophy in the Chinese language in China. His major works include: (all in Chinese) An Introduction to Heidegger’s Philosophy (1995), Philosophy of Language (2003), Eidos Irreducible: A Collection of Papers (2005), Philosophy, Science, Common Sense (2007), Dianoesis (2011), Reasons underlying Values (2012), and Good Life (2015). Major Chinese translations include: Sein und Zeit by Heidegger (1987), Earth in the Balance by Al Gore (1997), Philosophische Untersuchungen by Wittgenstein (2001), Linguistics in Philosophy by Zeno Vendler (2002), The Great Ideas of Western Civilization (chief editor and translator; 2008), Wittgenstein’s Reader (editor and chief translator; 2010), Sense and Sensibilia by J. L. Austin (2010), and Ethics and the Limits of Philosophy by Bernard Williams (forthcoming).” 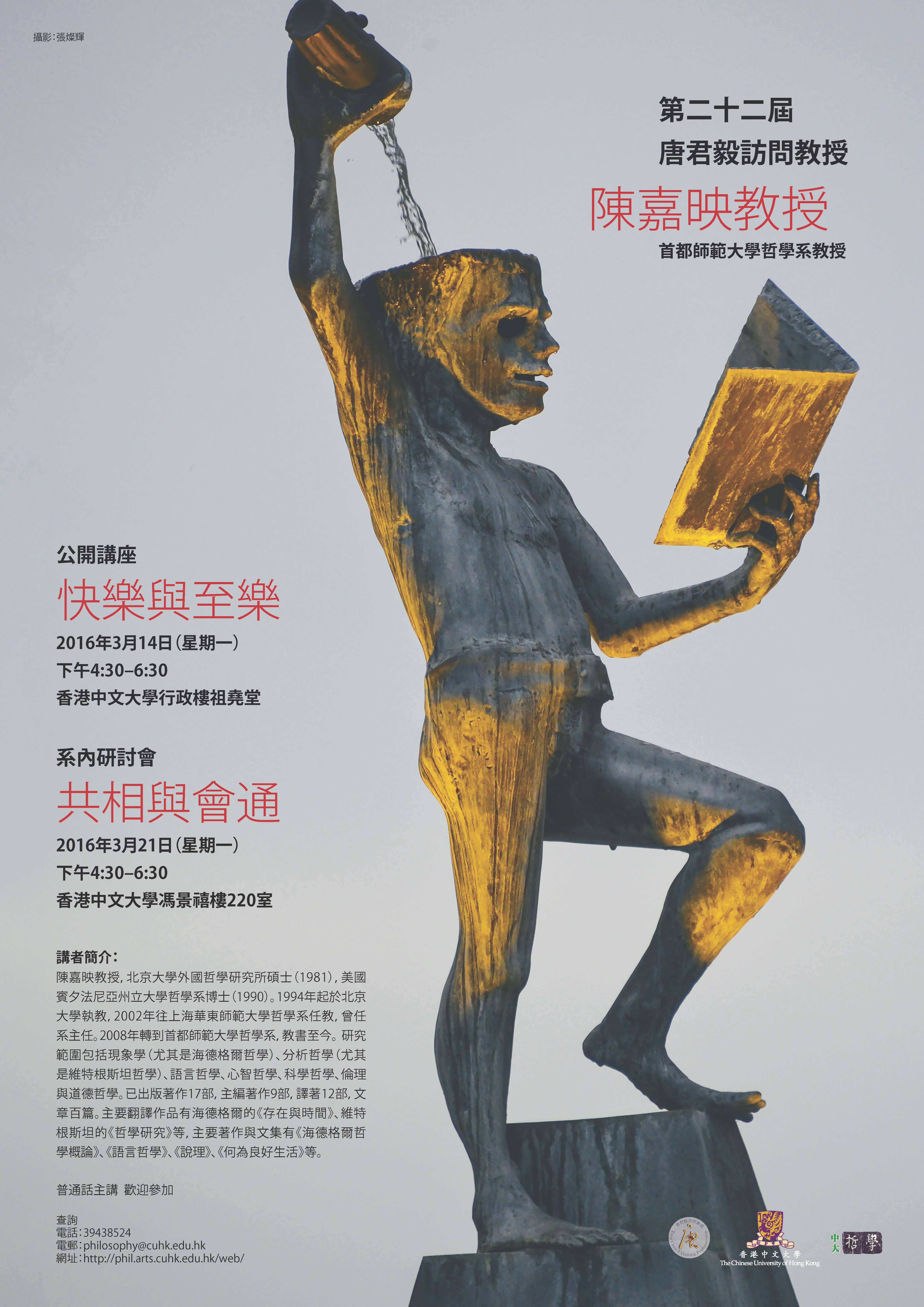 The use of the word “happiness” is of great confusion at first look. Common people indulge themselves in extravagant food and drink and feel happy. The bold ones climb Mt. Everest and feel happy. Yan Hui led a life full of hardship but he remained happy. A sadist tortures other creatures and also feels happy. How shall we sort out the apparent confusion in the use of “happiness”?

The first thing to clarify is that happiness is not the end result we pursuit when we do something. As a rule, one drinks water because he is thirsty, not because he seeks the happiness or pleasure of drinking (although relieving the thirst does make him happy). Admittedly, people sometimes do engage in certain activities, such as taking drugs or fooling around in a brothel, for the pleasure these activities bring. Be that as it may, the fact that there are pleasure-seeking activities does not lead us to the conclusion that all or most human activities aim at acquiring pleasure or happiness.

Some people insist that pleasure or happiness is good by itself despite whether the activity connected with it is good or not. I am afraid that the phrase “by itself” is mistaken in this claim. In my view, “happiness by itself” is not meant to suggest a happiness that is cut off from the activity accompanying it; rather, it implies something like “happiness in its natural place.” Happiness is good when it is interwoven with an activity or a surrounding that is uplifting. Such an activity or a surrounding is the natural place for happiness or pleasure to reside. A sadist cuts happiness off from its natural place and imposes a degenerating activity on it. “Devilish” or the like is to be added to “happiness” if we ever speak of that person being happy.

By contrast, the happiness a virtuous man enjoys comes from nothing but the flourishing of the world and the upward spirit of his own deeds. According to old sayings, the pursuit of goodness is like climbing a mountain and virtues are associated with birth and growth. The happiness of the virtuous is pure. However, it is so not because he endures no sufferings, but rather because no matter how many sufferings he has to go through, he remains joyful as long as his existence helps lives around him flourish. His happiness is predicated on the happiness of the flourishing of lives in their entirety. This is the “uttermost happiness” the ancients spoke of; this is also Nietzsche’s Lust—“tiefer noch als Herzeleid.”