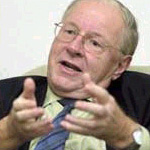 Born in 1936, Professor Klaus Held received his Dr. Phil. from the University of Cologne in 1962 and began his teaching career at the same university thereafter. After obtaining his Habilitation at Köln in 1970, he moved to the Technische Hochschule Aachen. In 1974, he was named full professor of philosophy at the Bergische Universität-Gesamthochschule Wuppertal, Wuppertal, Germany, where he worked until his retirement from active teaching in 2001. Professor Held is currently Professor Emeritus of Philosophy at Bergische Universität Wuppertal.

Professor Held has been a visiting professor at the State University of New York at Stonybrook (USA), a research fellow of the Japan Society for the Promotion of Science at the National Universities of Hiroshima and Kyoto, and a visiting professor at the Graduate School of Human and Environmental Studies of the National University of Kyoto. In 2002, he was awarded the “Bundesverdienstkreuz” (order of the Federal Republic of Germany).

Professor Held has edited or co-edited eight volumes of writings and published ten monographs in various languages. He is also the

Besides his academic research, Professor Held has had an active career as an administrator and editor. He was elected President of the German Society for Phenomenological Research for three terms (1987–1994). He is co-editor of Neue Studien zur Phänomenologie ( New Studies in Phenomenology ) and a member of the editorial board of numerous journals and book series, including Phänomenologische Forschungen, Phaenomenologica, Husserl Studies, and Heidegger-Studies.

The occasion of the Tang Chun-I Visiting Professorship marks Professor Held’s third visit to the Chinese University of Hong Kong. He

Strengths and Weaknesses of the Power of Judgment 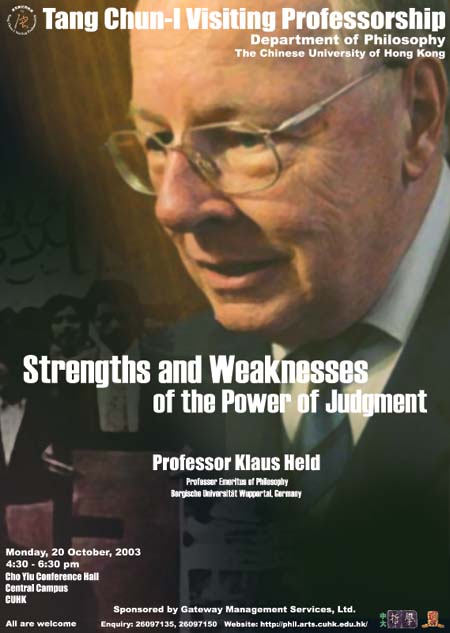 The power of judgment, for which we have a practical need, finds itself increasingly in a deep crisis in modern, bureaucratically organized so-ciety. This capacity for judging reflectively is being lost, as it becomes in-creasingly difficult to find suitable universal rules for casting judgment in surprising new situations. The paper analyzes the deeper grounds for this failure. It contains a phenomenological analysis informed by the ancient conception of “practical wisdom” in Aristotle and Cicero (phronesis, pru-dentia), by Kant’s Critique of Judgment, and by Hannah Arendt’s interpreta-tions of these authors. The strength of the power of judgment in its reflec-tive employment relies on two elements. First, we have through the kairos or through a chance opportunity for praxis an immediate access to the fu-ture. Second, we can come to agreements with other human beings in con-troversial situations only on the basis of ethos or on the basis of a habitual, non-objectivizing familiarity with age-old obligating norms for communal life. The unavoidable weakness of the reflective power of judgment con-sists in the fact that both the future, which presents itself with the kairos, as well as the past, which stems from ethos, withdraw themselves from our possession. The power of judgment can be strong only insofar as it under-stands its own weakness as the counterpart to its strength and, in this sense, accepts its “finitude” (in a no longer metaphysical understanding of this concept). The fundamentalist and utopian currents in the political thought of our time (which are also present in philosophy) attempt to overcome the finitude of the power of judgment merely by fleeing from it, but by doing so only weaken this power instead.

The Phenomenology of the Political World

Section I:
General Introduction to Phenomenology

Section II:
The Emergence of the Political World from the Mediation of Praxis

Section III:
The Temporality of the Political World

Section IV:
The Ethos of the Political World

Ethos and the Christian Experience of God: A Contribution to the Phenomenology of Religion 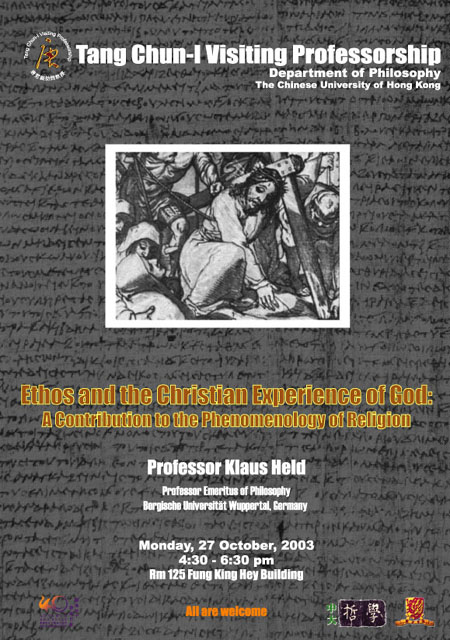